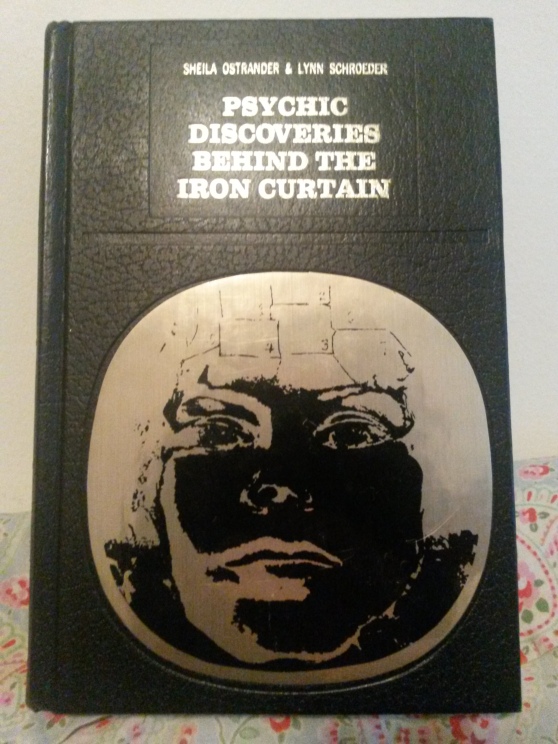 Laffont – 1970
I’m not going to read any more shit books for a long time. This horrendous pile of nonsense has ruined my month. ‘Look at the title though!’, I hear you say, “What did you expect, you fool?” Well, I knew it was going to be awful; I just underestimated how unbearable the nonsense would be.

This book was written in 1969/1970, and its major claim is the Russians are on the verge of several major breakthroughs in the field of parapsychology. The writing isn’t too bad; the book was clearly well researched, and there are lots of examples given, each described in detail. The main problem with reading this book is that it’s almost 50 years old, and, as far as I can tell, nothing much has come of any of its discoveries or predictions. Some old Russian lad guessed a bunch of cards; pffffft, who cares?  While not quite as nutty as Morning of the Magicians, this has a similar vibe to it, and it actually makes reference to Pauwel and Bergier’s work. While reading this one, I found myself constantly wondering if people 50 years ago were more gullible, but then I found this video (of two absolute legends), and I realized that people today are no better.

There is another book from the same authors simply titled Psychic Discoveries. I would have thought that that was just a different title for this book, but I read something online that suggests that it’s actually an earlier version. I’m not sure. They also wrote a book called Psychic Discoveries: The Iron Curtain Lifted in 1997, but hopefully I’ll never find a copy of that one.

Here’s a video of the actual authors being interviewed. The host is a dork, but the ladies seem genuine.

Sheila Ostrander’s hairstyle is the only paranormal element of the video that remains unexplained.

I could discuss specific cases from the book, but why bother? It’s all a load of shite. The only specific thing that was interesting enough to remember was the laboratory experiment that was set up to see if a clairvoyant could prevent the events they had foreseen from happening. Let me clarify how that experiment was structured:

What the fuck were you thinking, you stupid Communist bastards!

I bought this as part of a set at a library book sale a few years ago. The other books in the collection are about aliens and psychics and the like.

The physical books are really nice, and I’d love to see a complete list of all the titles published in this series. They were published by Laffont. (So far, I have only reviewed Chariots of the Gods?.)

The other big problem with Psychic Discoveries behind the Iron Curtain is that it’s 400 pages long. It was too boring to read much of in one sitting, and so I spaced it out over my bus rides to school and back. It took me about a month, but I couldn’t bare for this to eat into any of my leisure reading time. I read it because it had a gnarly title, but it wasn’t worth it. Don’t waste your time.