Towards the end of last year, I wrote a long post about the work of Stephen King. I had read nothing but King for a few weeks prior to writing that, and so I decided to give him a break for a while. He has been showing up in the news recently due to his hilarious behaviour on twitter and for the record breaking new trailer for It, and so I decided to indulge myself with a smattering of his marvelous brand of trashy horror fiction.

I’ve wanted to read this book for a long time. I remember being thoroughly creeped out by the video box of the 1990 movie version when I was a kid but being a little disappointed when I actually got to sit down and watch It. With the new movie coming out in September, I decided that I had better read the book now so that I can act cool and knowledgeable to anyone who mentions it to me in the coming months.

In some ways, It is a brilliant novel. The characters are great, the scary bits are very scary, and the transitions between past and present are really well executed. I also have personal reasons for enjoying the story of a gang of losers getting into rock fights with bullies, building hideouts in the woods, and breaking into abandoned houses. I was a little older than the characters in the book when I went a very similar, although significantly less supernatural, set of adventures myself.

Several scenes in the book involve the kids breaking into an abandoned house only to meet It in different ghoulish forms. When I was 18, my friends and I broke into an abandoned house and went rummaging through the cellar. When we were down there, we saw a strange light glimmering on the wall by the stairs. This was rather frightening as it was well after dark, and that set of stairs was our only escape route. We grabbed what we could from the debris on the ground (a stick, a rope, a rusty grill…) and prepared to do battle with whatever it was that was coming down the stairs.

We waited in silence for several minutes, but nothing moved and the light eventually went away. Afterwards, as we sat on some chairs that we had fashioned from old breezeblocks, we came up with a story to explain the peculiar glare. It had been the ghost of the former resident of the house, an old woman who was none too pleased with our presence in her home. We wrote a song about it that began:

In the hoose (sic), the times we had.
Our antiques (sic) made the Granny mad.
Her toilet, it was brown and crappy;
in the bin, her vaginal nappy. 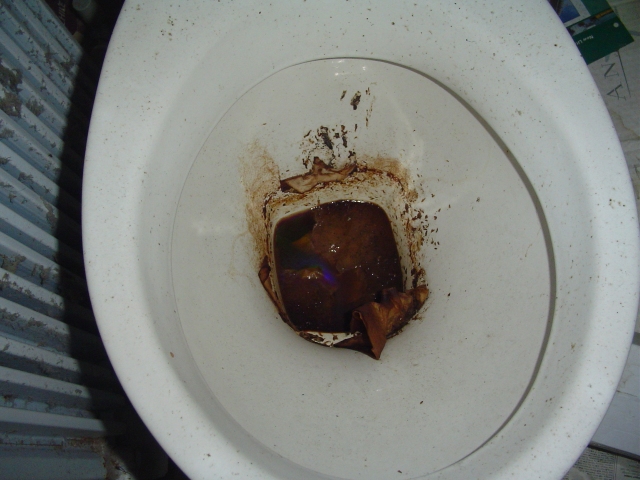 Her toilet was indeed both brown and crappy.

Anyways, there are several genuinely creepy scenes and ideas in here, but It is a very long book, and in truth, it’s a little incohesive. By 1986, Stephen King was the most popular novelist in the world. He could have written complete rubbish, had it published and sold a million copies. I’m not saying that this is rubbish, but I reckon it could have done with a bit of editing. Some bits aren’t really unnecessary to the lengthy plot, and some crucial plot elements (It‘s origin, the Turtle, how some adults can see Pennywise) are given scant explanation. This doesn’t detract too much from the book however; when a novel’s opening scene depicts a clown dragging a small child into a sewer to eat him, one aught to adjust their expectations accordingly. Don’t question the plot’s coherence; just turn your brain off and enjoy the trashy horror goodness.

When reviewing an extremely popular work, I try not to repeat information or ideas that will be available from thousands of other blogs and websites, but I will say that the infamous sex scene towards the end of this novel was damn weird.

I tried to rewatch the old movie version right after finishing the novel, but it’s very long and aside from Tim Curry, the acting is awful. I lasted about 20 minutes before watching a best-bits compilation on youtube. I will definitely be going to see the new version when it comes out.

This story is packaged as an illustrated novel, but in reality, it’s shorter than some of King’s short stories. It’s about a werewolf on the loose in a small town. There’s nothing in here that you wouldn’t expect from the title and cover of the book. It’s not an unpleasant read, but I don’t think anyone would say that this is King at his finest. I read it on my commute to work one day. 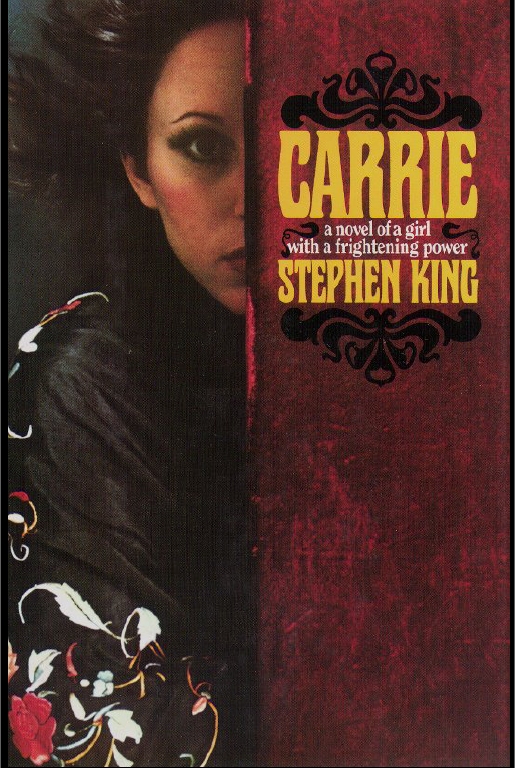 King’s first novel, Carrie, is also one of his best. I started it one morning last week and had finished it by that afternoon. Obviously, this is a very popular work, one that has spawned 3-4 movie versions, and I was familiar with the plot before reading it, but that didn’t stop me from enjoying it immensely.

This is nowhere near as ambitious as a novel like It, but I reckon Carrie is actually the better book. The reader quickly comes to understand Carrie’s plight and to lust for her revenge, but this book also encourages its readers to consider how they treat the Carries in their own lives. It’s a simple formula, but it’s entertaining and effective.

I love Stephen King, but I’ll probably leave him alone for another few months. He’ll doubtlessly appear on this blog again. Oh, and sorry for the recent lack of posts; there should be a few new ones popping up fairly soon.