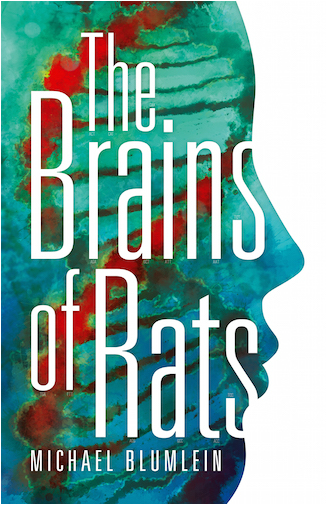 The Brains of Rats – Michael Blumlein
Valancourt – 2015 (Originally published 1989)
I added this book to my to-read list after it popped up in my recommendations from goodreads a few months ago. Just days afterwards, the author, Michael Blumlein died, and the horror community on twitter assured me that this collection was one worth reading.

I really enjoyed this book. It’s top notch, bloody weird stuff. The first story, ‘The Brains of Rats’, a medical doctor’s ruminations on gender and identity, lets the reader know that this collection is going to be quite strange, but the next tale, the infamous “Tissue Ablation and Variant Regeneration: A Case Study.”, Blumlein’s first published story, is a kick in the stomach. Its visceral cruelty is all the more punishing due to its narrator’s clinical descriptions and apparent lack of empathy, but this brutality isn’t the key to the story. I was born in 1986, so it took me longer to realise what was actually being described than it would have to anyone reading it when it was first published in 1987. Reagan is only a name to me, and the penny only really dropped when I realised that changing it to Trump would be the only necessary step to completely modernise this tale. Even thinking about it now, I’m getting excited. Publishing a story like this was gutsy, but the writing is stunning. It reminded me of Edgar Allen Poe, not in its themes or word choices, but in its absolutely masterful execution. This is a short story I will never forget.

Every review of this book I’ve read since completing it makes comparisons to the writings of J.G. Ballard, and I have to admit, Ballard’s story ‘Why I want to Fuck Ronald Reagan’ is the first thing that came to mind once I realised what ‘Tissue Ablation’ was about. (Blumlein’s story is not about fucking the President.) The Ballard influence runs deeper than this though. The final story, and one of the best in the collection, ‘Best Seller’, describes one of its characters fetishization of scar tissue, a feature which immediately brought Ballard’s Crash to mind. There’s lots of other little Ballardian touches throughout the collection.

‘Shed his Grace’, another Reagan inspired tale, reads like the screenplay for an unproduced Ministry music video. It’s pretty fucked up. The other story that really stood out to me was ‘The Wetsuit’, a truly bizarre tale of a family’s strange secret. These are the kind of stories that made me think about what was going through the writer’s head for him to come up with ideas like these. I really, really enjoyed this collection and look forward to reading more Blumlein in the future.