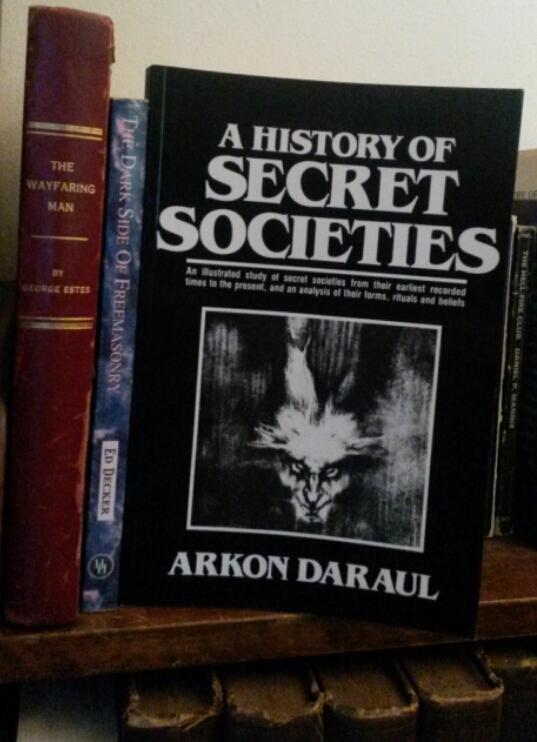 I’m not really interested in secret societies. There’s a few interesting ones, but they’re mostly pretty boring. A few months ago,  I saw this book for sale on craigslist for fairly cheap. I wasn’t really bothered, but I was reading the Illuminatus! Trilogy at the time, and when I saw it mentioned therein and recalled the craigslist ad, I took it as a sign that I should buy it. (Coincidences don’t exist.) 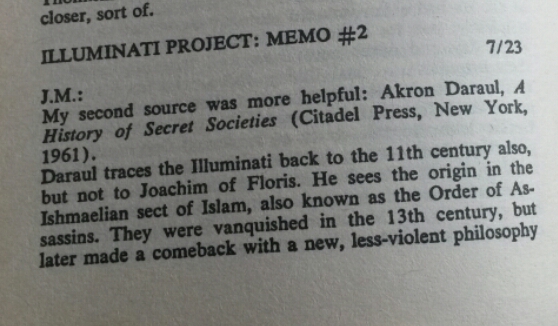 Why I bought this piece of trash. Note the misspelling of the author’s name.

I decided to read the book because I am currently reading Zanoni by Bulwer Lytton, and as that book is about Rosicrucians, I thought this would complement it well. It’s certainly as fantastic; in fact, there are more references in Lytton’s work than there are here. Arkon Daraul is full of shit.

This book is garbage. It doesn’t seem reliable at all. Daraul’s choices of which secret societies to discuss are completely arbitrary. There is a lengthy chapter on peacock worshippers in modern England, but there’s no chapter on the freemasons. Admittedly, I was relieved that I didn’t have to read the same crap about freemasons that I have already read in 10 other books, but it did seem a little odd that the most famous secret society of all were barely mentioned in this “historical account”. Also, Daraul doesn’t really bother to distinguish between secret societies and cults.

I don’t really have much else to say on this book. It was crap. The cover (Is that Satan?) makes it look way better than it is. There were some interesting parts, but there are lots of other books on the same topic that are much better. I reviewed a shitty little book on this kind of crap before that covered more ground and was way less bullshitty.
Don’t bother reading this one. 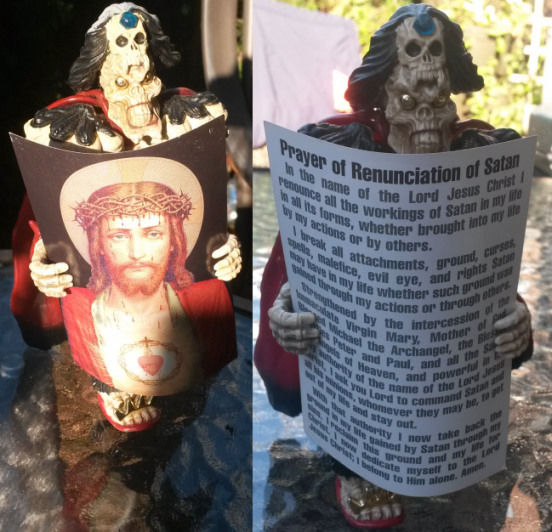 The best part about this book was this prayer leaflet that the previous owner had left in it.