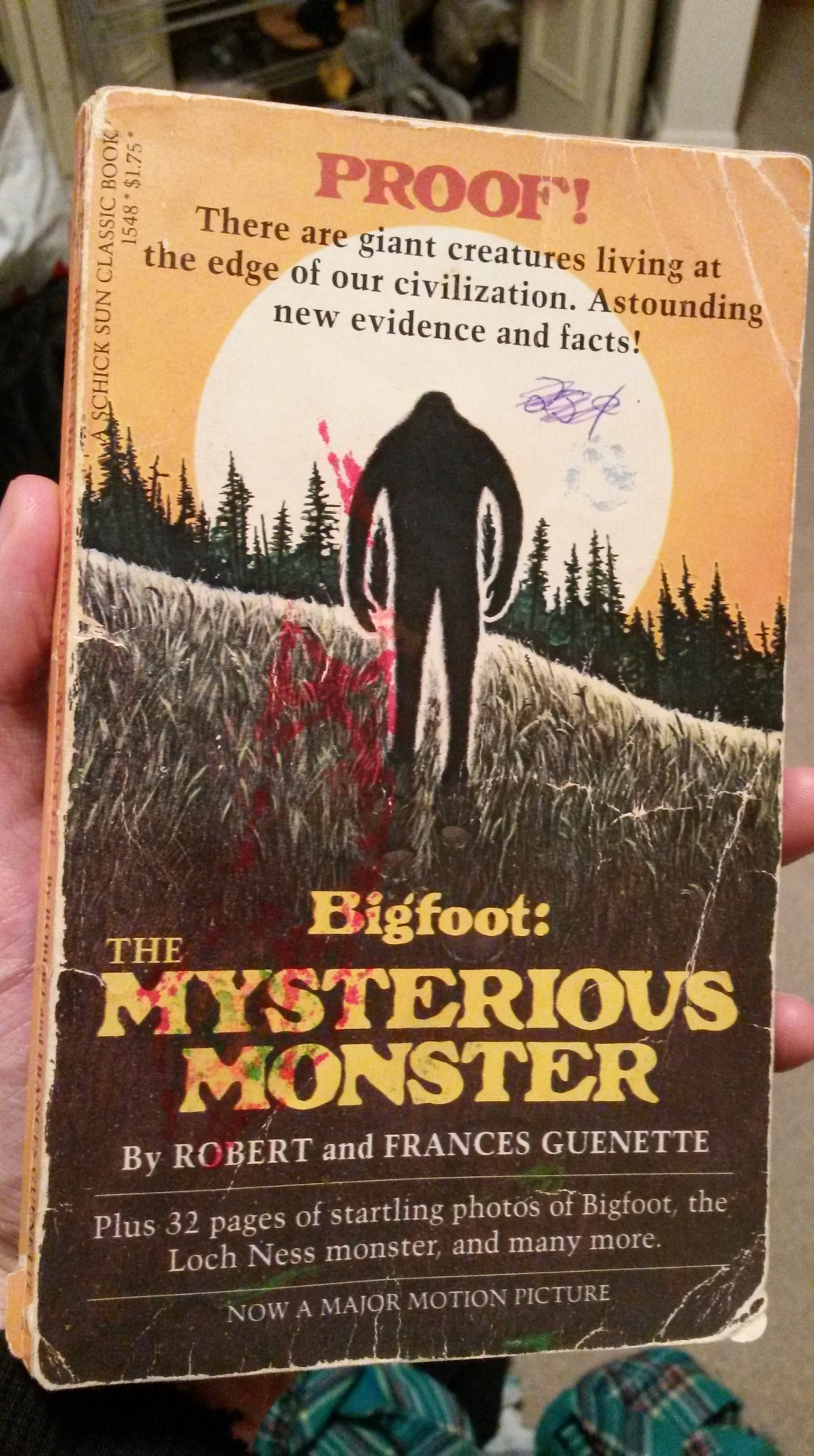 Schick Sun – 1975
I’ve stated before that I think Bigfoot could exist. The purpose of this book is to make his existence seem more feasible, but after reading it, I feel a little more sceptical than I did beforehand. That’s not to say that it’s a bad book; some of the arguments in here are quite interesting. The issue is that it was published 40 years ago, and every day that has passed since its publication has added to the likelihood that Bigfoot is either imaginary or extinct. There are too many cameras in the world for him not to have been photographed clearly at this stage. It would be cool, but the fact that they could exist isn’t enough to convince me that they do exist.
The book is based on a film that you can easily find online, and much like The Outer Space Connection, both the book and movie cover the same material. (I’d recommend watching the film before trying to track down a copy of the book.) There’s not really much to say about the content; it’s pretty much what you’d expect. There wasn’t enough material on Bigfoot, so it includes a relatively big section on the Loch Ness monster, and there’s also a part where they tried to use a psychic’s testimony as evidence for the existence of these creatures. That bit was pretty stupid.