Satanism is a truly ridiculous concept. Satan, a character most famous for his appearances in the New Testament of the Christian Bible, is supposed to be a nasty, horrible, unpleasant individual, a real shit. Why would anybody choose to follow him?

Imagine this. You’re working in a restaurant and some dickhead customer starts getting lippy because there’s mayonnaise on his sandwich. You understand his dilemma, mayonnaise is fucking gross, but he’s being rude with you and acting as if it’s your fault. You can’t speak your mind to him because you need to keep the job, but you determine to remember his face in the hopes that you will someday be able to wreak vengeance on him.

Ok, now fast forward 5 years. You have since become a millionaire and bought a big house on the outskirts of town. One night you are sitting at home, watching a good film and sipping on a glass of fine Beaujolais wine. Ahhhh, what bliss! But hark, there’s a knock at the door. Low and behold, it’s the shithead that complained to you about the mayo in his sandwich. You remember him, but he has no recollection of you; complaining to service workers is a habit of his and he doesn’t keep track. It turns out that he got separated from his friends on a camping trip and he has had to walk 30 miles back to the city alone. He managed to say hydrated by drinking his own piss, but he’s starving and he’s asking if you could spare some food. You tell him that you were about to sit down to dinner and you invite him in. Once he’s sitting at the table, you stroll into the kitchen and return  with a jar of Hellmans and two spoons. Bon Appetit, cunt!

I presume that you’ve realised that in the above scenario you’re a Satanist, the shitty customer is Christianity, and the mayonnaise is Satan. Let me clarify; Satan sucks for everyone, but Christianity is so shitty that it’s actually worth debasing yourself by pretending to like mayonnaise in order to defy it. I hope that makes sense; I think it’s a pretty tight analogy. 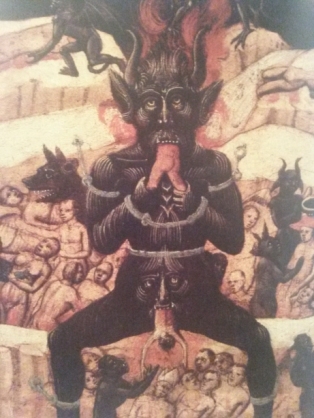 You might then ask whether Satanists are really worshiping Satan or just pretending to worship him in order to scare/upset Christians. Well, it’s a little of column A, a little of column B. The Satan of Satanism isn’t quite the same Satan that appears in  the New Testament; he has been upgraded. To a Satanist, Satan represents freedom rather than evil

Let me clarify; Satanism and Devil worship are not the same thing. To Satanists, Satan is a good guy. There are relatively few people who actually worship the ‘evil’ Satan that appears in the Bible, and those that do are morons. To worship that Satan, you would have to believe the stories about him, but believing the stories about him would mean that your Holy Book would be the same Holy Book as the Christians. This would make you a shitty Christian instead of a Satanist.

So if Satanism is not about the pursuit of evil, what is it? Well, it’s impossible to pin it down at this stage. Most modern forms of Satanism are derivations of LaVeyan Satanism, which is, at its roots, a pragmatic reevaluation of morality. It’s basically Nietzschean philosophy dressed up for Halloween. Labeling this mode of thinking as ‘Satanism’ prevents most people from taking it seriously, but this very repulsion allows Lucifer’s hordes to delude themselves into believing that they are edgy elitists and not just a shower of fedora-goths. (LaVeyan Satanism is atheistic; Satan is thought of as a symbol rather than a deity.) 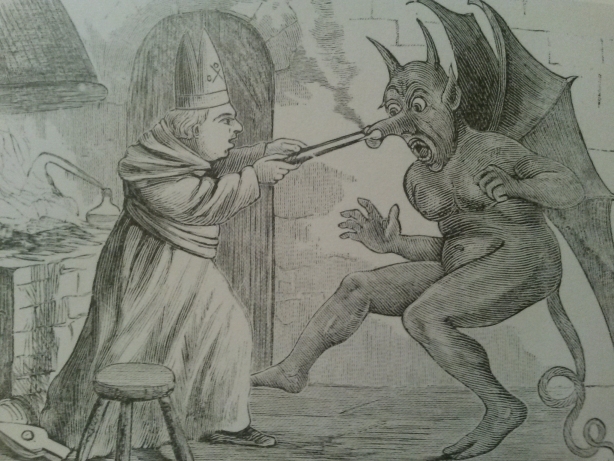 The really shitty thing about Satanism is that it’s not nearly as cohesive in practice as I’ve so far made it out to be. It’s an absurd, if entertaining concept, and like all ‘religions’, it acts as a magnet for absolute morons. I joined a bunch of ‘Satanic’ discussion groups on facebook (for research purposes), and I have been absolutely horrified with the stupidity of the people posting in those groups. I’m talking serious idiots here; cretins of the lowest order. Most of the people who publicly declare themselves Satanists are cringey teenagers or aging, uneducated slipknot fans. Think of a 40 year old white guy with 2 ball-bearing necklaces, a lip piercing, and a 19 year old girlfriend that he met in a Dairy Queen after the ICP concert; a guy whose facebook profile pic is a moody black-and-white selfie with a superimposed pentagram. The people who want you to know that they’re Satanists are a lowly bunch indeed.

Also, the self-centeredness and focus on power of Satanism make it really attractive to far-right dickheads and racist scumbags. Fuck those people.

I’m sure there are plenty of people who disagree with what I’ve said here. Let me know what you think. Leave a comment below, email me, or message me on facebook. 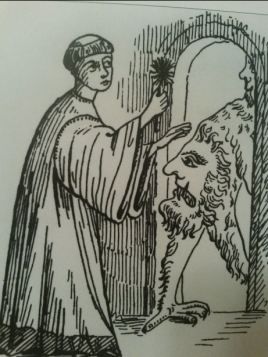