I’ve read several autobiographies, but there are very few people that I find interesting enough to want to read somebody else’s account of their life. In fact, prior to my reading for this post, the only biography I had ever read was Henry M. Pachter’s Paracelcus: Magic into Science, and I only ever read that because I had nothing else at the time. While Paracelsus played an important role in distilling science from magic, the individual that I’ve been researching recently traveled in a very different direction on the same path. Jack Parsons, a man who played a key role in putting men on the moon, was a black magician in his free time, applying the scientific method to his magical rituals.

I first heard of Jack Parsons in Sorcerer of the Apocalypse: An Introduction to John Whiteside Parsons in the first Apocalypse Culture book. (Incidentally, Adam Parfrey, the editor of that book and publisher of Sex and Rockets, died recently. RIP.) After that, I encountered Parson’s name in a bunch of places, notably in Disinformation’s Book of Lies and the ramblings of Robert Anton Wilson (who wrote the introduction for Sex and Rockets). In truth, I had been planning to read these two biographies for ages, but the upcoming CBS series based on Parson’s life convinced me to finish them quickly so that I can be a cool guy when it comes out.

I’ve read so many biographical accounts of Parsons recently that I don’t want to create another one. Suffice to say that he was heavily involved in/with rocket science, science fiction, Aleister Crowley, black magic, sex magic and the founder of Scientology. A crater on the dark side of the Moon is named after him, and he died in a mysterious explosion that may have been a murder, an accident, a suicide, or a demonic summoning gone wrong. Jack Parson’s was a pretty cool guy.

I read Sex and Rockets first because it was written first. I enjoyed reading it, but it gets a bit bogged down with Thelemic mumbo-jumbo. Honestly, who cares about that rubbish? This book reads like a list of facts about Jack Parsons that were put in chronological order.  This being the second biography that I had ever read, the author’s approach seemed reasonable to me when I was reading it, but this approach makes this book less enjoyable than Strange Angel. Even though it’s mostly the same information being presented in both books, Strange Angel feels more like a novel. It begins with the climax and then goes back in time, and there’s more focus on the atmosphere and storytelling. It does not surprise me that the new TV show is based on this one. I’m glad that I read both, but I would definitely recommend Strange Angel to anyone who only has the time and/or interest to read one. 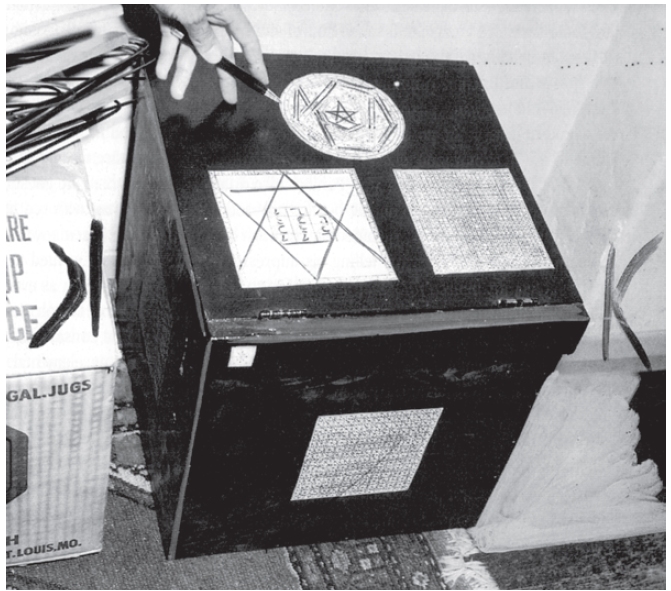 I wonder what’s inside!

The one notable piece of information in Sex and Rockets that’s not included in Strange Angel is the suggestion that Jack Parsons had sex with with his mother and his dog. There was a black box, covered in magical symbols, found in the apartment Jack died in. Carter notes that, “The odd box was found to contain home movies of Parsons and mother having sex, not only with each other, but also with Ruth’s “big dog.” According to reports from Pasadena police, passed down to their friend Harold Chambers, we now have circumstantial evidence that John Parsons indeed fulfilled his goal to “exteriorize [his] Oedipus complex.”
Parsons was a creep. He got off on incest (he had a long affair with his first wife’s little sister), and he seemed to like being cuckolded. Riding his ma and his dog is a bit much though. I’d have difficulty liking a person who’d do that. It’s hard to find any more evidence on this though, so I’m going to assume he didn’t.

The most important magical project of Jack’s life was the Babalon working. This involved him and L. Rob Hubbard, founder of Scientology and all-round piece of shit, going into the desert and jerking each other off with the aim of summoning the Whore of Babalon (a deliberate misspelling of Babylon) to bring about the apocalypse. After finishing the lengthy ritual in 1946, Jack believed that he and Hubbard had achieved their aim. Pendle notes that “He [Parsons] believed that Babalon, in the manner of the Immaculate Conception, was due to be born to a woman somewhere on earth in nine months time.” If Jack was right, this means that the Whore of Babalon would have been born in 1947. Think of the most powerful women in the world and then guess which one was born in 1947. That’s right, good ol’ Hillary!

Obviously, I don’t believe that Hillary Clinton is the Whore of Babylon, but it turns out that I’m not the only one to have noticed the coincidence. There’s already several loopy videos and blogposts claiming that she is the Moonchild of Jack Parsons. 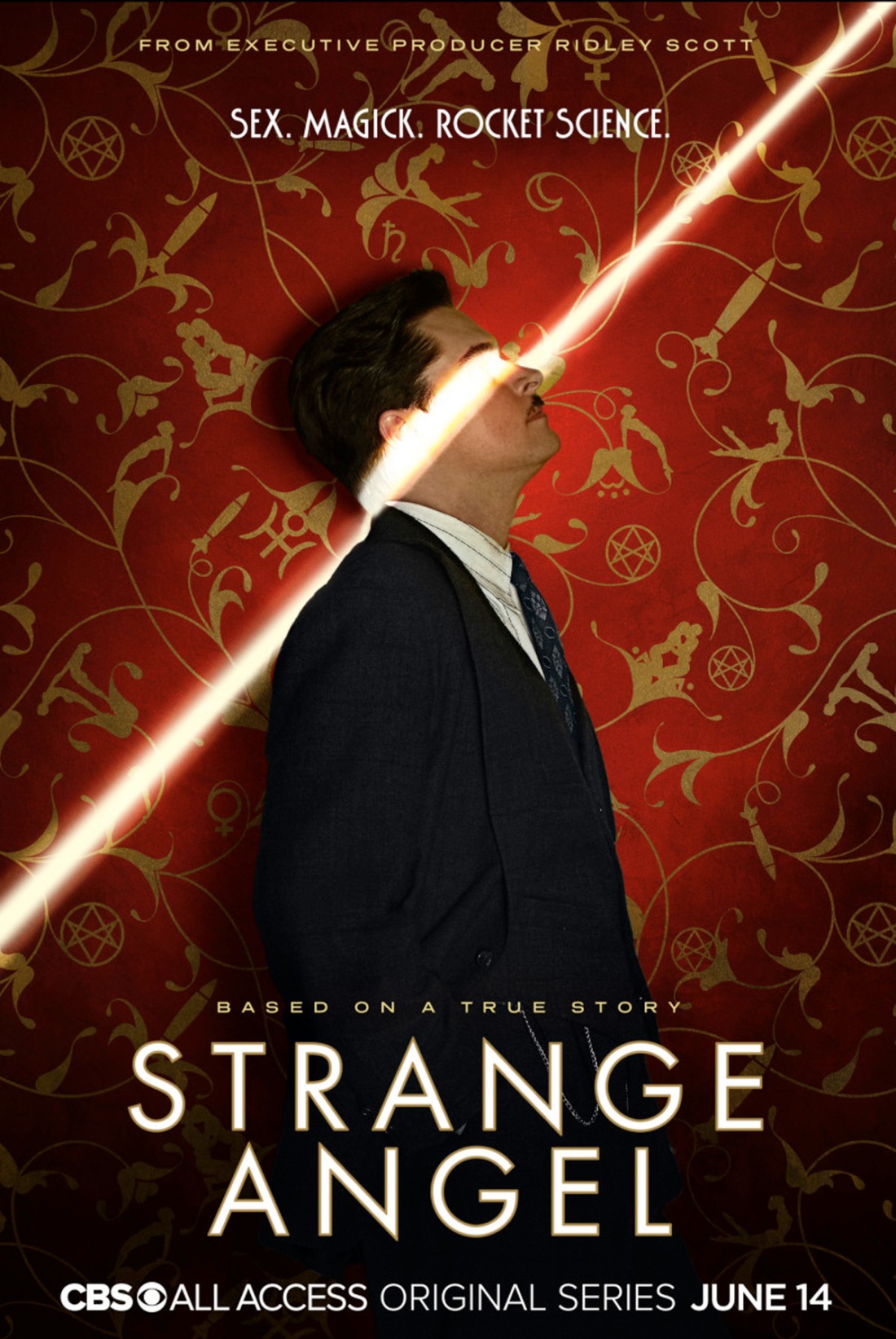 An Irish actor is playing Parsons too. I’ll definitely be watching.

Parsons was friends with some of the most important science fiction writers of the early 20th century, and he both inspired and was inspired by several of the characters in their works. Sci-fi is slightly outside of this blog’s jurisdiction, but I think I’ll make an exception and do a second post on Parsons about these works. Stay tuned.

8 thoughts on “The Peculiar Tale of Jack Parsons”