About 20 years ago, a bunch of evangelical christians met up somewhere in the backwards part of the southern US and had a symposium on the evils of Freemasonry. Most of the attendees were former masons, mormons and muslims; the kind of people who jump ship at the drop of a hat. This book collects the speeches that they gave. A lot of it is the kind of thing you’d expect (“Freemasons worship the Devil!” stuff). Other chapters are outright ludicrous (Freemasons are trying to destroy the US education system!), and one of them is a fairly interesting account of famous occultists and their links and opinions on masonry. 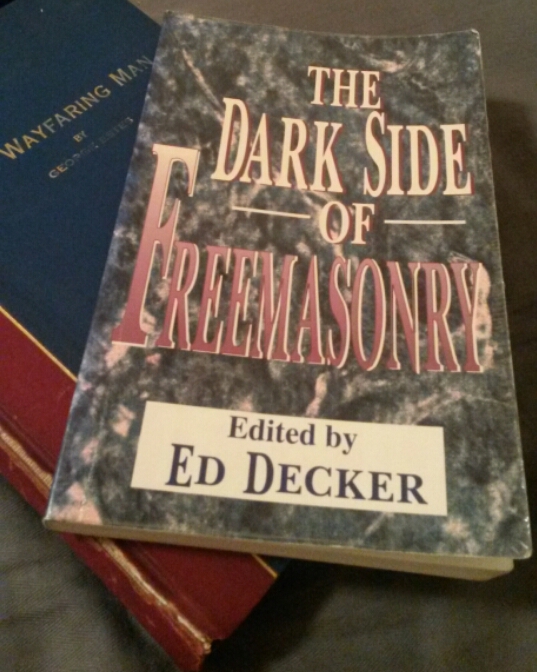 (If anyone can fill me in on the relevance of ‘The Wayfaring Man’ within Masonic ritual, it would be greatly appreciated. I own the above copy of a book with that title by George Estes. It was published in 1922, and it’s very definitely a Masonic text. I don’t want to read it until I have some context.)

I’m not a Freemason, and I don’t feel any great desire to defend Masonry, but most of this book is silly nonsense. Several of the papers claim that most Freemasons aren’t aware of the occult influence on their organisation because they never bother to read the literature. I’m not interested in refuting this claim, but I found it hilarious to see christians criticising others for blindly accepting dogma without having read the literature.  Have you seen that awesome video of christians reading passages from the Bible for the first time and being repulsed? 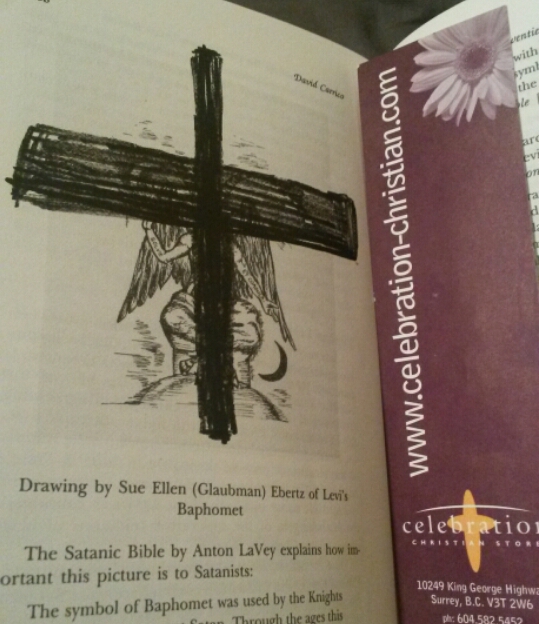 Whoever owned this book before me took it pretty seriously. They seemed to have been upset by this image of Baphomet. Also pictured is the bookmark that was hidden inside when I bought the book. I looked it up, and the christian bookstore it came from has shut down. Yipeeee!

Yeah, this book was crap. I only read it because I don’t want to get into anything too interesting while I’m in school. It came with the two books from my last blog post, and I promise it will be the last christian book that I review for a while. I got a great haul of books off craigslist the other day, and I’m hoping to read a few of those over the christmas break. Oh, and before I forget to mention it, I’ve created a facebook page so that people without a wordpress account can stay updated on this blog. The link is here and also in the menu in the top right. Give it a like if you’re so inclined. 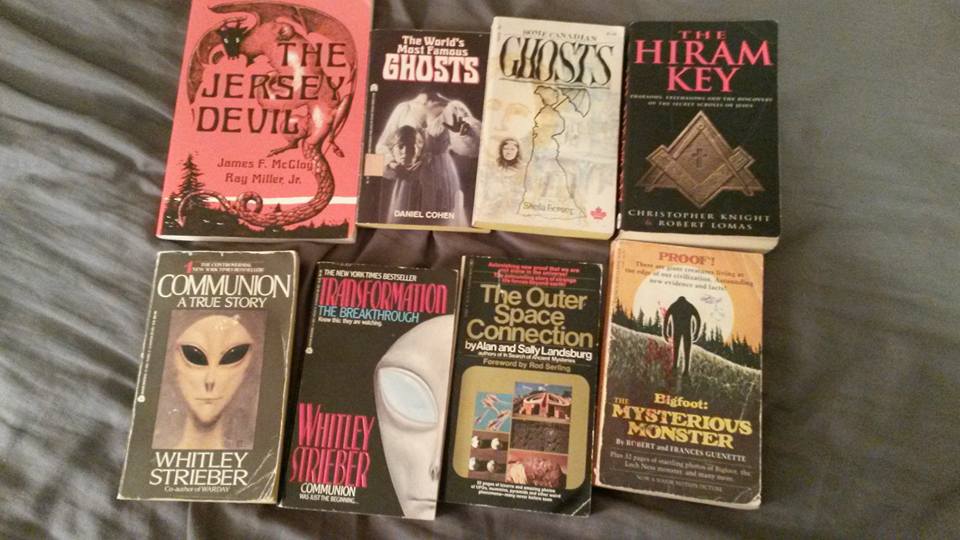 The X-Files Haul
A guy was selling most of his book collection on craigslist, and I nabbed these absolute classics for a measly 8 bucks. I had to take three buses to get out to meet him in front of a drugstore in the middle of nowhere, but it was totally worth the opportunity to pretend I was Mulder meeting up with some shady character to obtain esoteric information.