This is a pretty cool coffee table book on witchcraft from the 70s. Most of it is the kind of stuff you expect from a 140 page overview of an overwhelmingly broad topic, but there were a few cool bits in here that I hadn’t come across before; some of the details on the torture techniques of the inquisitions made me feel rather uncomfortable. The section on Wicca is far too long, but otherwise the book  is pretty good. The images are by far the best part. I have a bunch of other books on the topic that are far more detailed, but I paid less than a dollar for this one, and I feel like it was a wise purchase.

An irresponsible mother allows a dog-like serpent to give her a little bit of licky-licky-bum-bum in front of her kids.

The caption below this Roman mosaic in the book claims that its intention was to “to crush the evil eye’s potency by means of pecks, bites and stabs”. Hang on though! The eye isn’t just being pecked, bitten and stabbed; there’s also a man farting at it.  And is that just a fart? That brown stream spewing from the man’s anus looks like it’s carrying baggage! Either way, think of how disrespectful that is! Imagine being captured by your worst enemy; he pokes you with his trident, throws you in a cage with gross insects and wild animals, stabs you with a sword, and then adds insult to injury by farting in your eye. What a blackguard!

Good boy Jimmy, scratch that mentally handicapped woman’s face with your rusty nail. She won’t be casting any more spells on you after that! 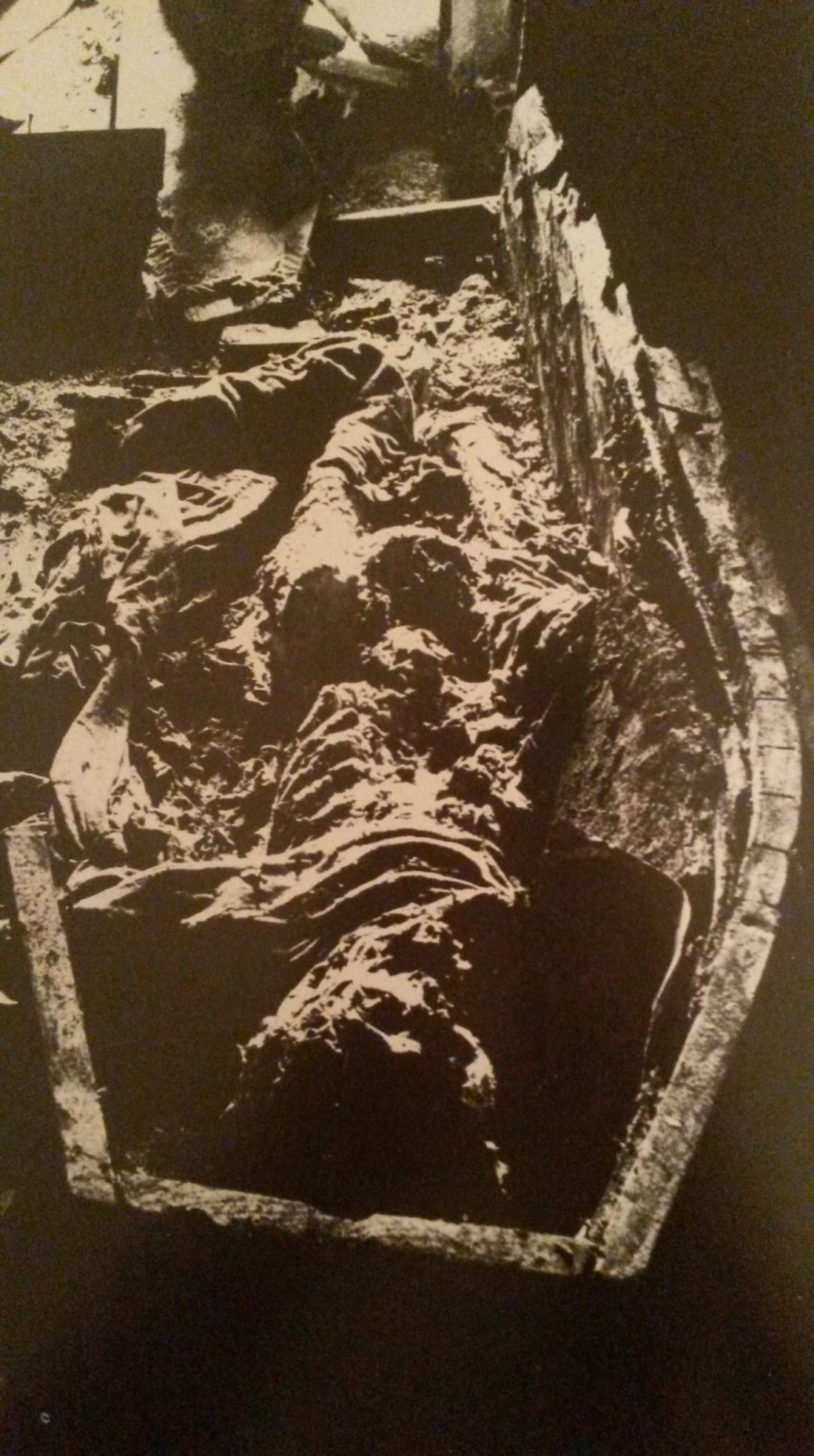 These images are the coolest part of the book. They’re from the aftermath of the 1963 desecration of Clophill Graveyard in England.  These grisly exhumations are thought to have been the work of Satanist Necromancers. 7 graves were desecrated and chicken’s feathers and blood were found strewn across the scene. One of the corpses was a lady named Jenny Humberstone who died in 1722. Her grave was opened 3 more times after the initial incident. I suppose that if you’re going to dig up a corpse, it’s probably more polite to exhume somebody that nobody remembers. It’s still pretty fucked up if you ask me. There was actually a horror movie made about Clophill church a few years ago, but it looks absolutely shit and I probably won’t be watching it.