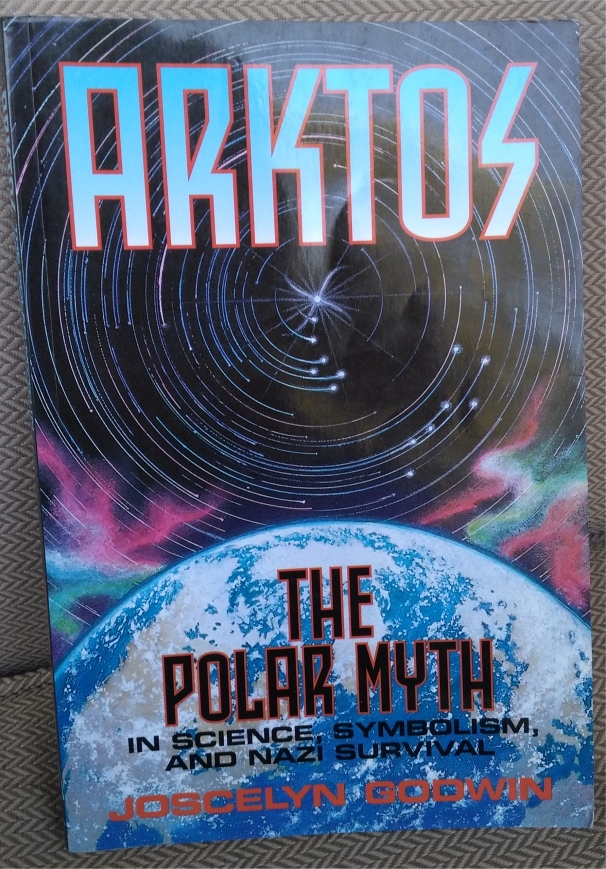 I haven’t enjoyed a non-fiction book this much for quite a while. This is a scholarly, objective and insightful look at some of the most insane conspiracy theories and occult beliefs of the last few centuries. Any book that discusses the writings of Poe, Lovecraft, Robert Charroux, Helena Blavatksy, Edgar Cayce, Otto Rahn, Bulwer Lytton, Julius Evola, Aleister Crowley, Kenneth Grant, Charles Fort, Louis Pauwels and Jacques Bergier is either going to be absolutely fascinating or absolutely idiotic, and I am happy to report that this book is the former. The overall scope of this work is enormous, but it’s essentially about several of the proposed causes and effects of the Earth’s polar axis shifting at some stage in the past.

The story begins with an Earth that is spinning on an axis that is perpendicular with its orbit around the sun. This state of planetary perfection ensures that there are no seasons, and days and nights are the exact same length in the same places all year round. This Earth is peopled by a race of god-like supermen that came from and mostly still live in the Arctic. After a little while, something catastrophic happens and the Earth goes wobbly. The Arctic freezes up, and the lads are forced to migrate southwards, although some of them stay put and live in the underground part of the Arctic, through which they are able to access the inner realms of the planet. (Oh yeah, I forgot the mention that this Earth is hollow!) The lads that have gone southward meet other races on their travels, but they’re not impressed by these lowly beings and often have to kill a lot of them. The boys who have stayed behind and retreated into the Earth manage to create airships that look a bit like saucers, and they occasionally use these bizarre contraptions to scope out the the outer realms of the planet. Some day these subterranean supermen will emerge to join their relatives, and together they will rule the world.

Just some of the Hollow Earth models as described in this glorious book.

Sound a bit off the wall? Well, this story, or a story very similar to it, is partly to blame for the ideology of the Nazis; the super race from the North are none other than the Aryans. The Nazis are a magnetic target for conspiracy theories, and it would be silly to presume that every Nazi believed in every part of the above story, but it is possible to trace the origins of the notion of Aryan supremacy to some very nutty characters. This book concerns itself with more with where these ideas came from than it does explaining how they were adapted by the Nazis (Nicholas Goodrick-Clarke’s Occult Roots of Nazism is a better book for that topic.), and Godwin does a really good job of objectively discussing some fairly ludicrous ideas. I never got the sense that he was bullshitting or stretching the truth for his own agenda.

Writing this blog post is a bit slower than usual because I don’t have many bad things to say about this book. There are a couple of chapters in the middle where Godwin discusses his interpretations of the metaphysical and spiritual significance of the poles and pole-lore that are a bit airy-fairy, but they don’t detract from the good stuff. I think the only other part that I wasn’t impressed with was when Godwin refers to Dennis Wheatley, one of my favourite authors, as “a purveyor of rollicking adventure for teenage boys and adults of arrested development”. Other than that, this book is delightful. I mean, it’s heavy going; you have to pay close attention to what’s being discussed if you want to understand it, but I found it hard to put down once I had opened it. It’s 200+ pages of dense text and denser ideas, and it only took me a few days to finish (quite a feat when you’re also responsible for a 3 month old baby).

I’m not going to go any further into the theories contained in this book. I don’t like summarizing books. When I have done so in the past, I have only done so to show how silly the writer has been. This book basically does a far more elegant job of what I try to do with this blog, and so the ideas presented herein have already been broken down and explained very clearly. If you’re interested enough in this blog to have made it this far through this post, you’re almost definitely going to enjoy reading this book. It is, without doubt, one of the best sensible books about crackpot conspiracy theories that I have ever read.

The poles do actually shift, and we now know that global warming is currently contributing a few centimeters per year to this tilt. Recently, the international community was ashamed, embarrassed, and appalled by Donald Trump’s rejection of the Paris Climate Agreement. (Seriously America, put down the hamburgers and guns and get your act together.) Despite the glaringly obvious proof that the world is over-heating, Trump and his posse have claimed that they don’t believe in global warming. Now we all know that Donald Trump is a walking, talking piece of solidified diarrhea, but a fool he is not.

Donald Trump is not ignoring climate change, he is purposely encouraging it. Why? Because he knows that as the temperature rises, the Earth will readjust its surface to make up for the melted ice-caps and rising water levels. This should draw both the Arctic and Antarctic closer to the equator/ecliptic, thus further speeding up the melting of the ice-locks above the once polar openings to Agartha and Shambala. As soon as these portals are cleared, fleets of Vril powered UFOs filled with the troops of Aryan demigods that the Christ-Hitler has been training shall fly out and take their rightful control over the rest of the planet. After this, Trump can sit at the right hand of der Führer and enjoy the commencement of Kali Yuga.