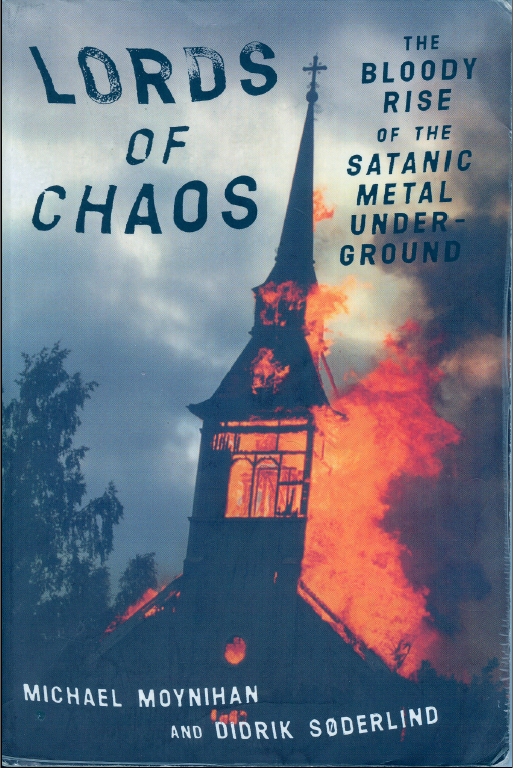 I thought I’d better review this before the movie comes out. It’s a book about the Norwegian heavy metallers who went mad in the early 1990s and burned a load of churches and killed some people. I hadn’t bothered reading it before because I presumed (fairly accurately) that I knew the story already. That being said, this book was written in 1998, and I didn’t become interested in this kind of crap until about 5 years after that, so it is quite likely that some of my knowledge of the history of Norwegian Black Metal came indirectly from this text. If you were unfamiliar with the story of “the bloody rise of the Satanic Metal underground”, I’d imagine some of this book would be fairly shocking.

After that, the book gets bogged down in fairly boring chapters about pyromania, the Church of Satan and right wing extremism. The pyromania chapter seems like filler (Varg agrees), and the Church of Satan chapter is clearly only included because the author knew LaVey. The stuff on the fascistic elements of black metal is quite tedious. Lots of people have claimed that the focus on far-right politics in this book tells more about the author’s political interests than those of the entire Black Metal scene, and I reckon there’s some truth in this idea. Moynihan is a notorious edgelord.

I initially read the 1998 edition, but when I found out that the 2003 reissue contained a chapter on Varg’s theories about Nazi aliens (and more), I had to track that one down too. It was worth it. It’s interesting to see how much things had changed in those 5 years. Now, 20 years after the book was originally published, almost 30 years after the events it describes, Black Metal has turned into something bigger than any of its progenitors could have reasonably imagined. Let’s be honest though; most of it is cringeworthy muck. It’s such a conceptually ludicrous genre that there’s no real room for mediocrity. Any Black Metal band that isn’t exceptionally interesting is going to be embarrassingly shit.

And even some of the most important bands within the genre are surprisingly crap. I remember the first time I heard Burzum. My friends and I had recently heard tell of these crazy Scandinavian bands who killed and ate each other, and we spent the best part of an evening downloading a Burzum track over a dial-up connection. We were all pretty excited when the download reached 100%, but our excitement dispersed as soon as we heard Varg’s feeble shrieks over the thin sounding guitars. We all thought that this was one of those mislabeled mp3s that were so common on Kazaa at the time (you’d download a song labelled “Pantera and Metallica” and end up with a country blues track), and it wasn’t until we had downloaded a second awful track that we could confirm that yes, this weak sounding garbage was supposed to be the most evil music on the planet.

Fortunately, this book does a decent job of highlighting the insular (and puerile) nature of the genre’s origins. Black Metal (or the second wave of Black Metal if you want to be pedantic about it) started off as a small group of teenagers (and immature young adults) who got carried away with a game of unholy one-upsmanship. Don’t get me wrong; I’m delighted that they burned the churches, but after reading the interviews in this book, I got the sense that the real motives in some (if not most) of these crimes were peer pressure and the teenage desire to show off to one’s friends. Hey, whatever though; it got the job done. 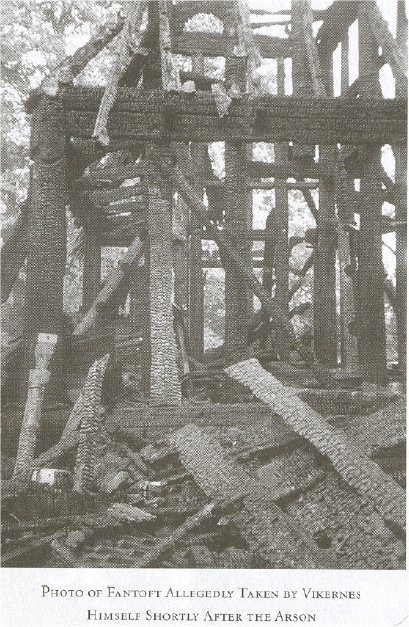 Boys will be boys!

I have a thousand things to say on the topic of Black Metal, but this is a book blog so I’ll keep them to myself for now. Initially, I wasn’t even sure if this book belonged on this blog, but all things considered, I reckon it contains more than enough Satanism to warrant its inclusion. The Satanism of early Black Metal is the most childish, boneheaded and ultimately best variety of devil-worshipping Satanism that exists.

I’m entirely sure the upcoming movie version of this book is going to provide limitless angry responses from the Black Metal community, regardless of how good it is. I’ll probably download it to see what all the fuss is about.

One thought on “Lords of Chaos and Unholy Forces of Evil!”