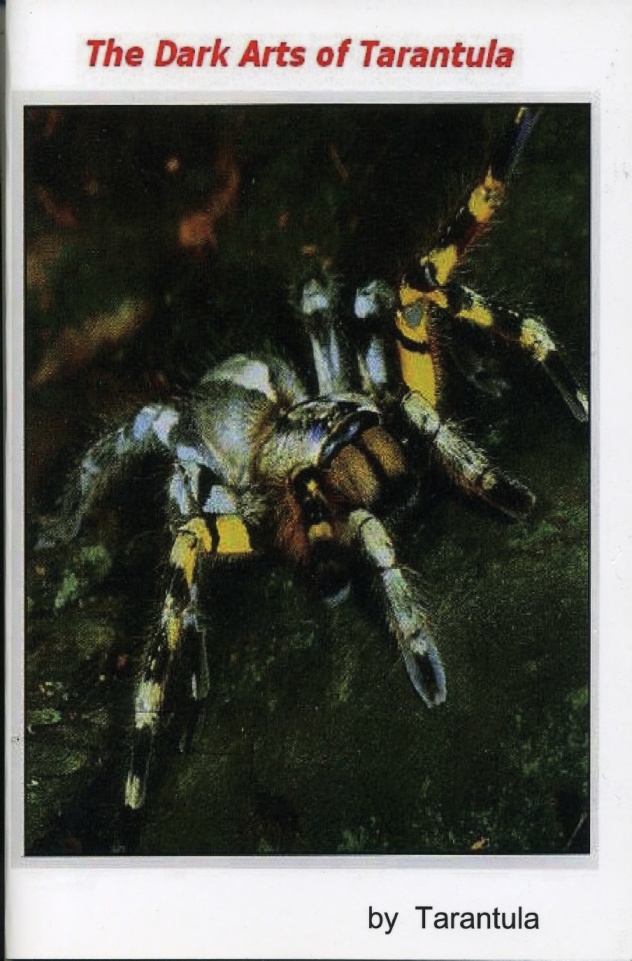 Do the people who write this crap believe in it themselves, or is it just a transparent attempt to take money from simpletons?

This 59 page, poorly formatted piece of garbage might be a contender for the worst drivel I’ve ever reviewed. This is seriously bottom-of-the-barrel stuff.

The physical book is hideous. This looks and reads like like a half-assed high-school project. The cover is ridiculous, and the text inside is an absolute mess. I thought that this was a result of the book being digitalized (as in book to .doc), but on closer inspection, the PDF copy I was reading was actually a scan (as in book to jpg). If I had paid the cost price of 25 dollars for a hard copy of this piece of utter shit, I would hang myself out of shame.

This is the sigil that Tarantula created for his demon. I didn’t edit this.

Towards the end of the book, the author describes his experience of being bitten by a huge spider and soon thereafter meeting a spiderheaded woman in a crystal castle. The woman’s husband shows up later using a pair of crabs as jet-skis and gives the narrator the power to speak to insects.

The author claims that he has been involved with an occult order for more than 30 years, so it can be assumed that he is an adult. It’s not surprising that he uses a pseudonym.

I again pose the question: do these authors actually believe their own rubbish? There’s no coherence or sense to any of this crap. The stuff in this book is so childish that the only adults capable of believing it are the kind that need to have their nappy changed three times a day.