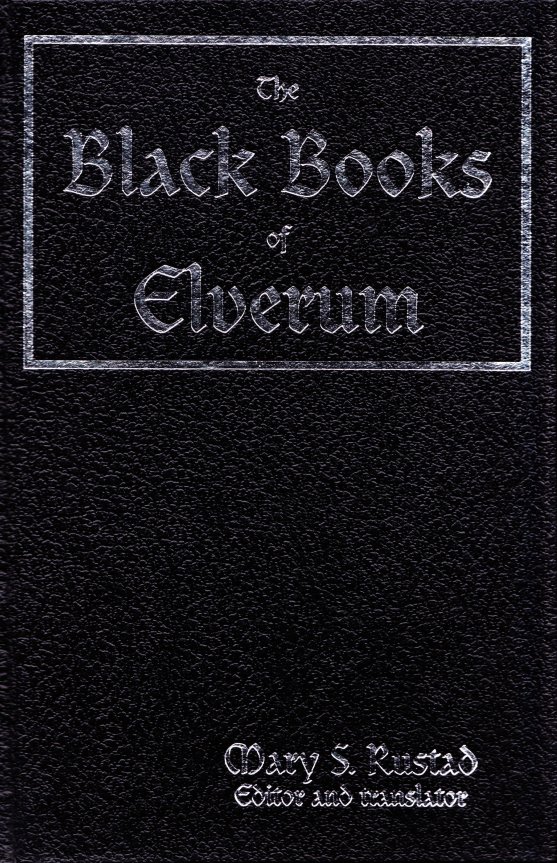 In the 1970s, Mary Rustad, a lady in Norway, was looking through the farmhouse that she had recently moved into. This house had belonged to her family for centuries, and it was filled with old junk. She found two curious books in a box in the attic. When she opened them, she realised that they were books of magic spells, compiled or collected by her ancestors. The books supposedly date from the late 1700s/early 1800s, and research proved that several of Mary’s ancestors had been involved in a witchcraft trial in the 1600s. It seems as though witchcraft ran in her family. These books were the real deal, forgotten grimoires of black magic. The Black Books of Elverum is a translation of these two handwritten grimoires.

This cool picture of Lucifer is included, but I don’t think it’s from the actual grimoires.

(Just in case your wifi is down)

Some of the spells in here are very specific. There are two to be used against a thief who leaves his turd behind him after he has carried out a burglary. This is really convenient when you want to send the Devil out after the miscreant who shit on your carpet and nicked your telly.

There’s instructions on how to find witches in here. The curious are to go to a church on certain nights during the year and to wait near the church bells. Witches are apparently quite fond of gnawing church bells with their teeth, and will take any opportunity to do so. I had never heard of this before, but when I looked it up, I found a book that claims that this odd belief was also held in parts of Sweden. Witches were supposed to bite off bits of church bells to use in their potions. Jesus, I hope they had a good dentist.

This was a pretty cool book. It’s presented well, and the material is very interesting. It contains scans of original texts, and there’s an appendix recounting the 1625 court case against Ingeborg Økset, Rustad’s ancestor. The whole thing is pretty short too, so it doesn’t take long to get through. If you’re interested in Norwegian folk magic, you should definitely read this book.

2 thoughts on “The Black Books of Elverum”