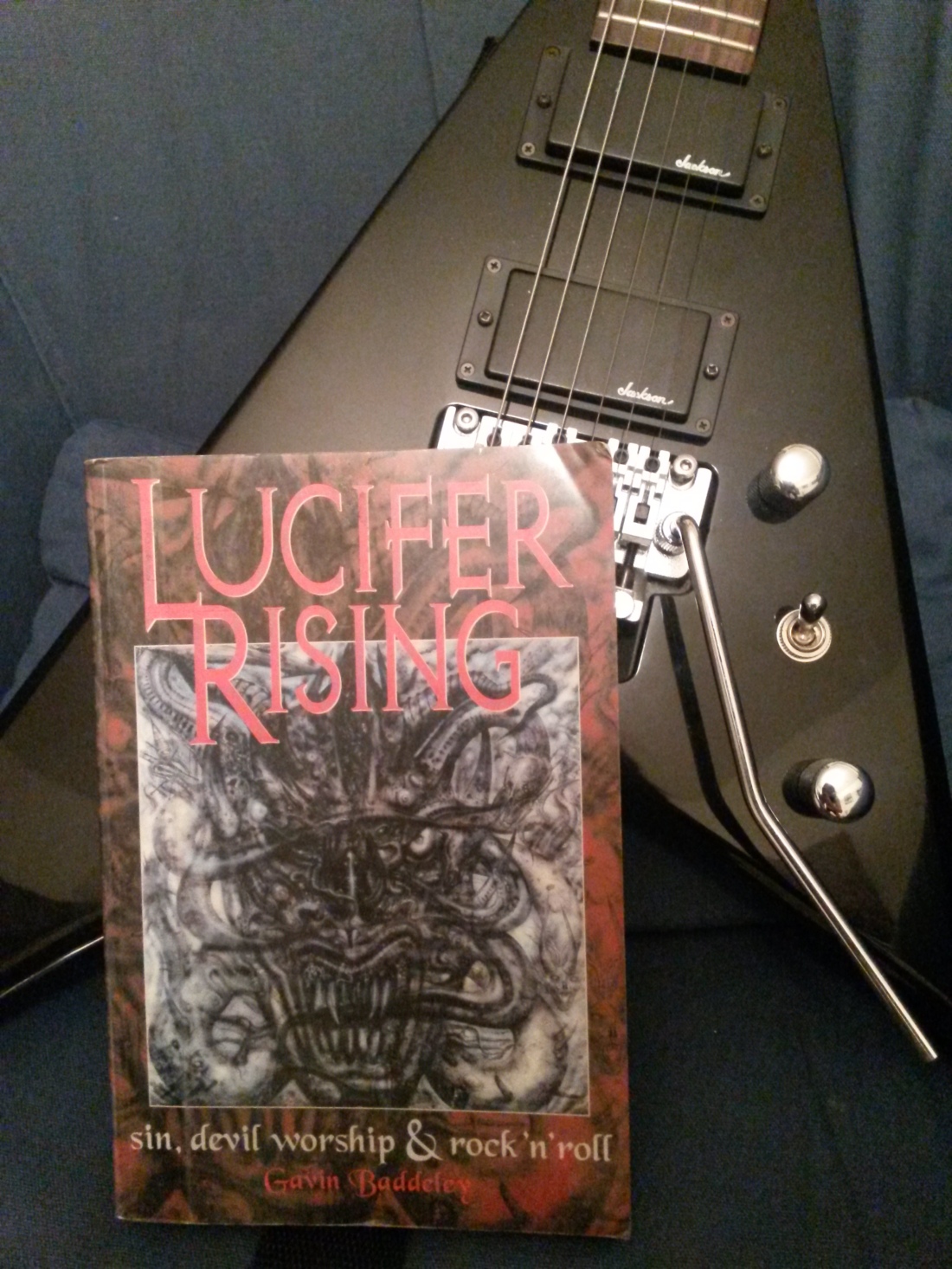 Plexus – 2006
This book deals with the different manifestations of Satanism within modern culture. It focuses on rock music and heavy metal, but it also discusses serial killers and horror movies. Sounds pretty great, right? A recommendation for this book showed up on my goodreads account, and my copy was ordered within moments of reading its description. I’m pleased to say that it didn’t disapoint. The author is a priest in the Church of Satan, and the history and outlook of LaVeyan Satanism is central to this book. I like LaVey, so I was entertained, but the author’s tone might be grating on some readers, particularly if they were Christian.

The first few chapters give a short yet surprisingly comprehensive history of Satanism, but the latter half of the book is mostly taken up with interviews. Some of these are excruciatingly embarrassing (Glen Benton is an idiot), and some are genuinely hilarious (Euronymous is precious). Varg Vikernes from Burzum has claimed that the interview with him is entirely fake. (He also claims that this is the worst book that he has ever seen.) I know lots of Burzum fans who claim to dislike Varg. Well, I always thought Burzum’s music was crap,  but I think he’s a pretty funny guy. (Don’t get me wrong; I know he’s a right-wing scumbag, racist, murderer and all-round crazy person, and I certainly wouldn’t say that I ‘like’ him, but let’s be honest; he regularly brings the lols.) There were a few interviews in here that weren’t hugely insightful, and it seemed that some of the interviewees may have been chosen based on their availability rather than their unique insight or authority on the topic, but this doesn’t take away from the cooler parts of the book. It might also be worth noting that I’m a fan of quite a few of the musicians interviewed herein, so I was probably more entertained than most people would be. If you don’t like rock music, this book might be a bit boring.

Baddeley suggests that there are as many different forms of Satanism as there are forms of christianity. (He also shows how hazy the lines between some forms of christianity and Satanism can be.) This book acknowledges the fact that Satanism is a very loosely defined set of beliefs and behaviors, and the author provides a thorough and entertaining account of the movement’s more interesting facets. (I picked up some cool recommendations for bands, movies and books too.) Overall, I would recommend this as a good primer for anyone with an interest in the Devil’s place in Rock’n’Roll.

I started writing a paragraph about my own take on Satanism, but it turned very lengthy very quickly, so I think I shall save it for a later date. Until then, Hail Satan!
(Update: This is what that paragraph eventually turned into.)