I finally bit the bullet and read Holy Blood, Holy Grail. This very stupid pile of shit is perhaps best known today as the blueprint for Dan Brown’s the Da Vinci Code, but it was a best-seller on its release and has had a huge effect on the formulation and popularization of conspiracy theories ever since. I never expected it to be any good, but I thought that I should read it to familiarize myself with modern grail lore before beginning some of the more dubious texts on that subject.

The main idea here, and we’ve all heard this one before, is that Jesus had a kid. The authors claim that Jesus was actually married to Mary Magdalen and that this pair had a child. Personally, I see absolutely no reason for the historical Jesus to have remained celibate. We don’t know where he was or what he was doing during his 20s. What do most people do in their 20s? They go out and ride whatever they can get their hands on. It would have been weird if Jesus was a virgin. I don’t need the evidence in this book to convince me that he might have had kids. I would be more interested in sensible reasons to believe that he didn’t. And less than 50 pages of this 450+ page book are actually spent discussing the evidence for a horny Jesus. The other 400 pages are taken up with the authors making complete idiots out of themselves.

So one of the authors, I can’t remember which one, read a book on his holidays one year in the early 70s. This book was about Berenger Sauniere, a priest in the south of France who had suddenly became rich in the late 1800s. There were all kinds of rumours about Berenger having found treasure of some kind, and the lad reading the book thought this was pretty interesting and decided to do some research on the mystery of the priest’s wealth. He went over to France and started looking for clues. While he was over there, somebody gave him an anonymous tip-off that there was a dossier of curious documents in a library in Paris that might contain information pertaining to this mystery. Sure enough, he goes to the library and there, in this dossier, are a bunch of cool documents that keep mentioning a weird sounding secret society. Convinced that he’s onto something big, the lad makes some photocopies, goes back to England and starts mashing his pieces of the puzzle together. A few weeks later he gets another call from his anonymous informant who tells him that a few more very interesting documents seem to have shown up in the secret dossier in the library. Our boy is on the next ferry over to France, and what do ye know, when he gets to the library, the dossier is looking thicker. This happens a few times over the next few years, and by the end, his friends and he have managed to piece together the peculiar history of the Priory of Sion, a mysterious secret society that has links to the Merovingian and Carolingian Dynasties of Medieval France, the Knights of the Round Table, the Cathars, the Knights Templar, the Rosicrucians and the Freemasons.

The authors use all the evidence from the secret dossier and a generous dollop of imagination to argue that the Priory of Sion is a secret society devoted to protecting the bloodline of Jesus Christ in the hopes that they will someday be able to reinstate his descendants as the rightful rulers of civilization.

The problem here is that the Priory of Sion is completely fake. It was made up by Pierre La Plantard, a dodgy Frenchman who believed that he was the descendant of some medieval French Kings. Him and his friends had been the ones putting the documents into the secret dossier all along. The whole thing was a load of absolute bollocks. Now, Pierre’s claim was that he was of Merovingian descent, but the authors of Holy Blood, Holy Grail were claiming that he was the direct descendant of Jesus Christ. He got a bit embarrassed about this and renounced the book. His mates that were involved the hoax came forth and acknowledged that they made up the whole thing. (As far as I can tell, the authors’ response to this was to maintain that their claims were true and to claim that La Plantard was lying about having lied.) 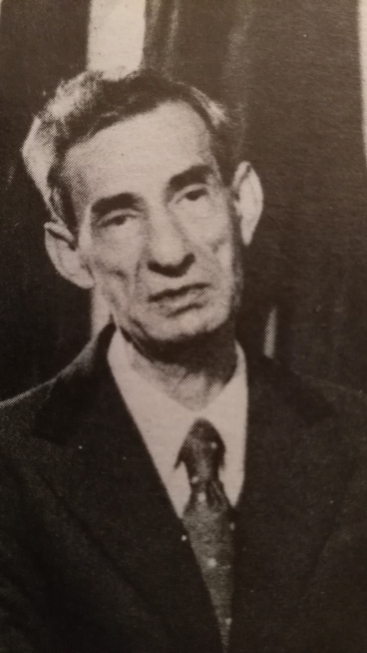 I knew that the Priory of Sion was made up before I read this book, and that made it a fairly excruciating experience. The ‘evidence’ presented in here is taken from novels, legends, the bible and hearsay, and the authors’ reasoning is absolutely infuriating. You’ll see their approach criticized in any review of this book; it really is terrible. It made me recall that of the protagonists in Eco’s Foucault’s Pendulum. (And I would find it very surprising if that novel, written in 1988, was not written partly in response to this book and how it had been received.) Leigh, Lincoln and Baigent accept any tangential idea that pops into their heads as long as it can not be immediately disproved. I have adopted a similar approach below to prove that Adolf Hitler was a descendant of Count Dracula:

Transylvania was under Austrian Hapsburg Rule between 1699 and 1867. This would have meant that things and people from Transylvania would sometimes have found their way back to Austria.

Count Dracula, Transylvania’s most infamous resident, although made famous in an 1897 novel, was actually based on a real person, Vlad the Impaler. Vampyrism is probably not a supernatural condition but some kind of hereditary disease, and so Vlad’s descendants would also have been vampires if he was one, which he probably was.

Did the bloodline of Dracula find its way into Braunau am Inn, the birthplace of Hitler?

Well that would explain a lot. We know that Hitler’s mother was born of peasant stock and had a thing for older men. (Hitlers dad was 23 years her senior.) Would she have been able to resist the charms of a tall, dark stranger with a mysterious foreign accent? I think not. If Vlad, or one of his descendants, had shown up on her doorstep, she would have let them drain her right then and there. Ok, I know at this point our argument might seem a bit tenuous, but if we continue with this line of reasoning, a lot of things begin to make a lot of sense.

Ok, so Hitler’s mother was definitely drained by a vampire, thus becoming a vampire herself. She got pregnant with a vampire baby. She tried to pass it off as her employer’s, but this baby had dark hair, like his real father.

Hitler was certainly responsible for a lot of bloodshed. Think about it dummy: Vampires love blood! Was his body ever found? No; he flew off into the night!

At this stage, anyone with an ounce of sense will agree that Hitler is a vampire and probably still alive. It would be utterly ridiculous to claim otherwise.

I did that in about 10 minutes, and I reckon it’s probably more entertaining  and no less sensible than the work of Leigh, Baigent and Lincoln.

Holy Blood, Holy Grail is a pile of shit, freshly emitted from a large hairy anus. At least the Da Vinci Code was superficially entertaining. This is just embarrassing. I wouldn’t recommend it.

This post marks two years of this blog. I’m going to become a dad at some stage in the next month, so things on here might be a bit slow for a while. Make sure you like the facebook page for future updates. Thanks for all the interest.