I don’t normally write about politics, but here we go. There has been a bunch of recent articles (BBC, FoxNews, DailyMail…) about groups of witches casting spells to get rid of Donald Trump. Personally, I think that Trump is a piece of shit and that his administration is a pack of horrible cunts, but I don’t have a very high opinion of  unkempt, dreadlocked wiccans either.  And imagine the chaos that would ensue if their spell actually worked. Congress would round up every goth with a triangle tattoo and burn them at the stake. I think that American witches would do well to draw as little attention to themselves as possible for the next four years.

Anyways, putting hexes on fascist dictators is really nothing new. In 1941, Willie Seabrook and friends attempted to kill Adolf Hitler with voodoo. I found the full Life Magazine article about the ritual online, and I’ve uploaded it here for you. 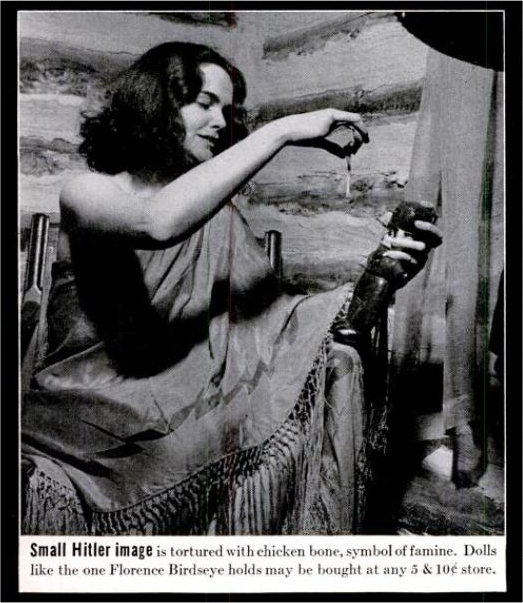 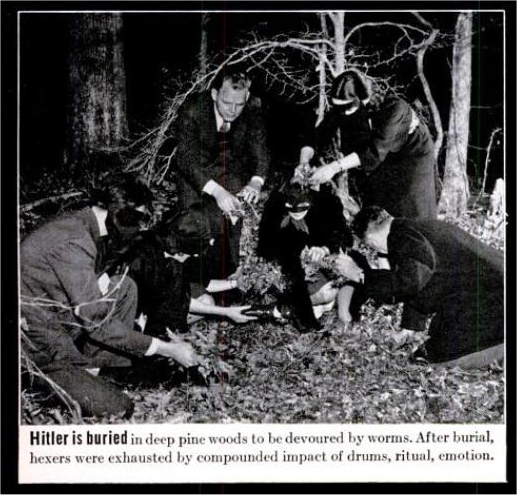 3 thoughts on “Wicca vs. Trump and Voodoo vs. Hitler”