The Devil – Amelia Wilson
Barrons – 2002
I bought this book for 2 dollars from a thrift store years ago. I finally picked it off the shelf recently because it’s short and I needed a break from a very long, dry Gothic novel that I have been reading. It met my expectations but did not exceed them. The paper it’s printed on is nice, and there are lots of cool pictures, but it contains very little information that I haven’t come across before.

The first half of the book goes into the origin of Satan as a devil. It discusses Biblical pseudepigrapha, folklore and Zoroastrianism. I liked this part, and was pleased at the level of detail it went into. Wilson clearly does not like how Christians have turned Lucifer into the bad guy.

Ride to the Sabbath!

Next up, there is a section on the witch trials. Nothing special. This is followed by a short and very disappointing chapter on Satan’s place in modern society. There’s a page or two on films featuring the Devil, and very cursory glance at how he has influenced modern music. The Church of Satan is mentioned, but the author doesn’t attempt to explain its philosophy. There is one reference that quite irritated me. It reads; “One figure who has stirred a lot of controversy, is Aleister Crowley, a renowned ceremonial magician and expert in the occult who wrote extensively on the subject. There is no hard evidence that Crowley was in fact a Satanist, although many people who do consider themselves Satanists have read his books.” That’s all the book has to say about Crowley. There is absolutely no explanation as to why Wilson thought it important to mention him, and the wording of her reference suggests that Crowley was a Satanist because many Satanists have read his books. By the same logic, drinking water and breathing air are also Satanic. If you want to read a decent book on Satan’s place in modern culture, check out Gavin Baddeley’s Lucifer Rising. 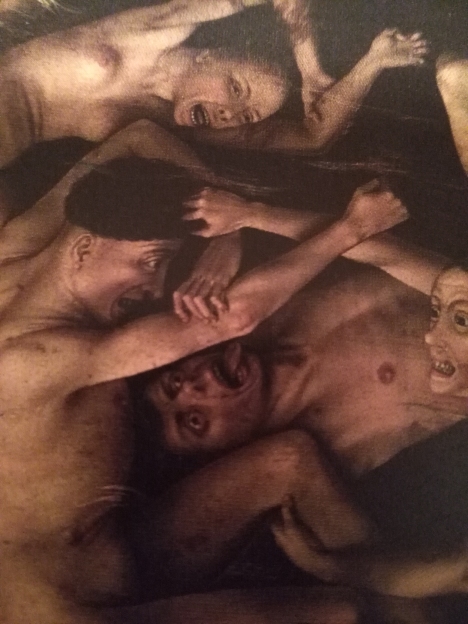 Wow, this is the most boring post I’ve written in quite a while. In fairness to myself though, I wasn’t give much to work with. This book wasn’t absolutely awful, but there are plenty of far more insightful texts on the same topic. I’ll keep it only because I enjoy filling my bookshelves with books that mention the devil in their titles.

4 thoughts on “Amelia Wilson – The Devil”