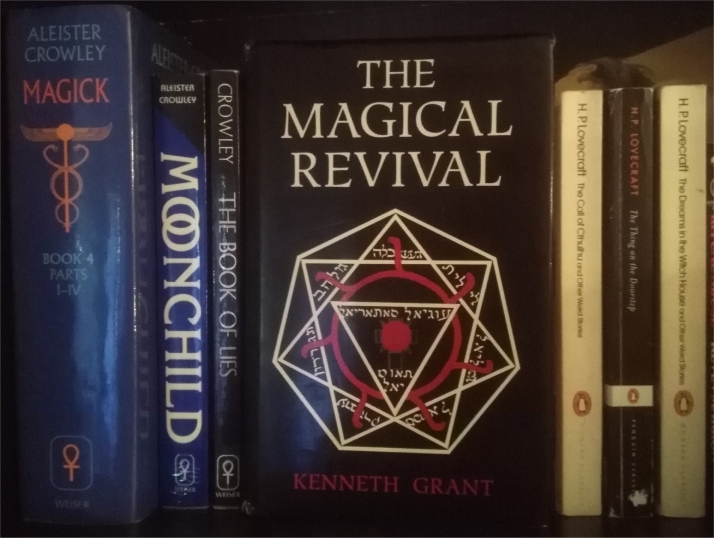 Kenneth Grant, Aleister Crowley‘s protégé, wrote a set of 9 books called the Typhonian Trilogies. This is the first in the collection, and it serves to lay out the key players, ideas and history of modern magic. It’s infamous for its attempts to link the weird tales of H.P. Lovecraft with the magickal ideas of Aleister Crowley. The introduction to the Simon Necronomicon, published 5 years later, attempts to do something similar, but we all know how ridiculous that book is. I wanted to read this one to see if it was more convincing. (Incidentally, Simon, in his Dead Names: The Dark History of the Necronomicon, claims that Grant was to use the Necronomicon as a source for some of the later works in the Typhonian series.)

I first tried to purchase this book several years ago, but it’s hard to find an affordable copy. Plus, a quick google search for it will lead you to a .pdf of the text. At one point I had decided to just read it online, but on seeing it show up in Alan Moore’s Neonomicon, I became convinced that I needed a physical copy for my library.

If a comic book character has read it, I have to read it too.

Most of this book is spent expounding the magickal theories of Aleister Crowley. There’s other chapters on Austin Ozman Spare and Dion Fortune. The part on Lovecraft is only a few pages, and it doesn’t delve very deeply into Lovecraftian lore at all.

I reckon Grant had a decent understanding of all the different occulty things he is talking about, but he doesn’t always make that easy to believe. Don’t get me wrong, there are entire pages of the book that are lucid and interesting, but the writing frequently spins out of control and becomes terribly muddled. It becomes impossible to distinguish between when Grant is making brilliant connections, when he is making less convincing connections, and when he is talking absolute bollocks. My job, believe it or not, involves teaching people how to write. I am a fairly lenient marker, but I am strict with my students on a few things: clarity, cohesion and referencing. If little Kenny handed this in to me, I would tell him it’s rubbish and make him rewrite it. I get that occult writers all like to fill their books with tricks, traps and only a little truth, but this is just taking the piss. 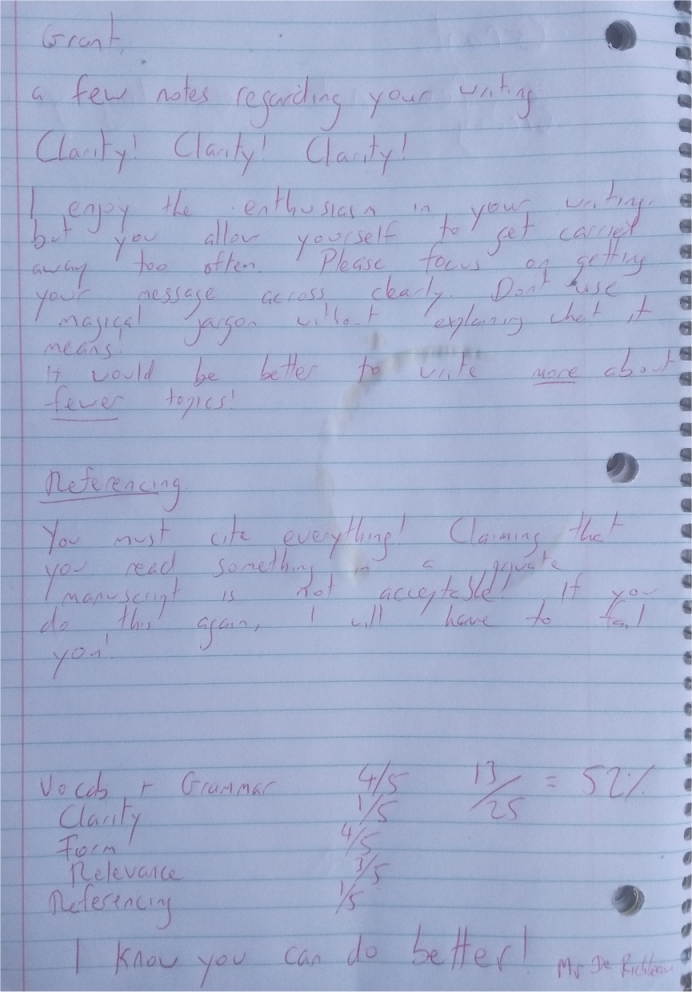 The Magical Revival vs. My Grade 11 marking scheme.

There are some cool things about this book. Kenneth Grant did actually know several of the people that he is writing about, he shit-talks L. Ron Hubbard, and the system of magic he is propounding is unabashedly left hand path. That being said, the whole book is a load of bollocks, and I walked away from it having learned very little. Apparently, this is the most straightforward entry in the Typhonian series too, but hopefully I won’t be reading the rest. I don’t think I’ll have the stomach for any more of this kind of nonsense for a while anyways; I guess I’m just not cut out for the Hogwarts lifestyle.