I don’t think anyone gives a shit anymore, but pop music was a scary thing in the 80s.  Sure, conservative/religious types had been upset by Elvis and the Beatles before, but MTV and the popularization of music videos made it harder for parents to avoid the boldness that was popping up in the pop music of the day. While Lou Reed’s make-up and naughty lyrics might have been able to slip under some parents’ radars in the 70s, Twisted Sister’s music videos weren’t quite as subtle.

Bob Larson, evangelical preacher, talk show host, exorcist extraordinaire and all-round obnoxious cunt, was concerned. As a young man, his experiences playing guitar led him to become convinced that rock music could be used as a tool of destruction and evil. Larson’s Book of Rock is his 5th book on the subject. Written as a self help guide for good church-going parents of the 80s who were upset by their child’s interest in popular music, The Book of Rock offers insight into how this music can fill an impressionable youth’s head with homosexuality, violence, occultism, satanism, Eastern Mysticism and the desire to do drugs and alcohol. 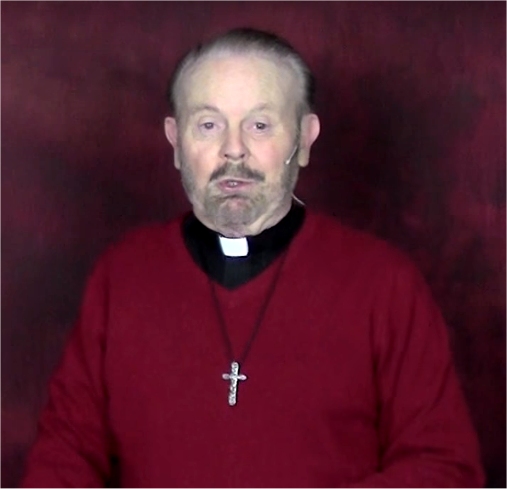 Larson clearly has no concept of art or expression, and he seemed to view the music industry as a state institution that owed the general public respectable output. I suppose this attitude towards the music industry is probably confusing for people who have grown up with internet access. There would have been fewer sources of new music available to young people at the time when this book was being written, and the music industry probably looked like a unified whole to a person whose sole source of new music was MTV. The idea that people wrote songs to express how they were feeling never seems to have struck Larson. He views music as a means to tell other people how to think and how to act.

Most of his complaints about specific songs and artists are ridiculous. I don’t know much about Madonna or Cyndi Lauper, but I noticed quite a few untruths and mistakes in his depiction and description of heavy metal bands. On page 53 he mentions Rulan Danzig from Sam Hain, a rock band that got their name from the “Luciferian Lord of the Dead”. He presumably means Glenn Danzig from Samhain, the band that got their name from a traditional Gaelic harvest festival. He says of Anthrax, “Onstage, they dress in a sinister array of biker gear.” Anthrax are famous for introducing bermuda shorts into heavy metal attire. Here they are onstage in 1987, the year this book was written, looking far more like geeks on their way to the beach than a troop of bikers. He refers to Tony Iommi as the one-time lead singer of Black Sabbath. I suppose that could be true (Iommi is Sabbath’s guitarist and the only permanent member of the band), but I couldn’t find any evidence of it. At one point he mentions King Diamond’s ‘Metal Forces’ album. Metal Forces was actually a magazine that featured King on the front cover, not a King Diamond album. 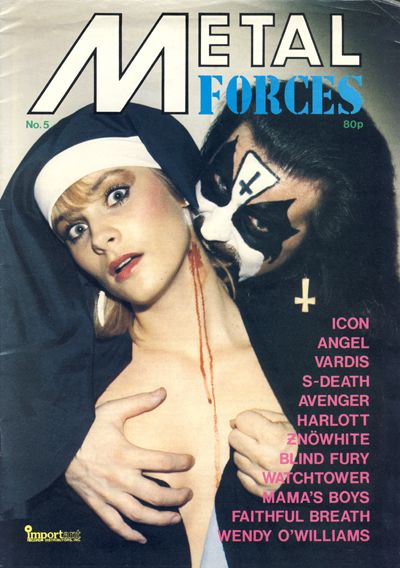 Anyone who would complain about something as cool as this deserves to be shot.

Judas Priest are one of my very favourite bands, so I was pretty excited when I came to the section on them in this book. After reading Larson’s description of Rob Halford’s habit of baring his ass on stage, I realised that I had heard of this book before. This is the book that Nardwuar was quoting from in his interview with Halford. One can only wonder about the kind of vitriol that Larson would have spewed about the Metal God if he had known that he was gay.

Most of Larson’s claims and the evidence he provides for them are pure nonsense, but his idea that listening to Heavy Metal leads youths away from Christ might well have something to it. I stopped going to mass a few months after buying my first Slayer album. It’s hard to tell if it was the heavy metal that led me away from the church or if it was the realization that Christianity is dumb that led me towards anti-Christian music, but there was definitely some correlation. Either way, any person who writes a book warning parents to prevent their children from listening to Judas Priest, Black Sabbath, Metallica, Anthrax, Slayer, Venom, Mercyful Fate, Dio, Deep Purple, Iron Maiden, Scorpions, Twisted Sister and WASP deserves to be swiftly executed. Heavy metal is one of the few things that makes life worth living.

In fairness to Larson, he does repeatedly point out that a parent’s relationship with their child has more influence on the child’s mind than their tastes in music. I would have thought that this would be obvious to any parent, but this book was obviously written for idiots. I’m quite serious about that – regardless of Larson’s own intelligence, his writing makes it entirely apparent that he was very deliberately and consciously writing for morons. His condescending, know-it-all attitude is embarrassing. There’s one chapter explaining in embarrassing detail why children like loud music and another where he scolds his braindead imbecile readers for listening to country songs about sex and booze and having the audacity to complain about their kids’ Madonna records. The only people who could stomach this nonsense would have to be lowest-of-the-low, seriously stupid rubes.

Seriously, what a damn virgin.

I first encountered Bob Larson in a video of him interviewing Satanists in the 80s. Vice have done a documentary on him, and there’s loads of videos online showing him to be a con-man and a crook. He has a youtube channel that is updated quite frequently. I have another one of his books lined up to read soon.

One thought on “Bob Larson’s Book of Rock”