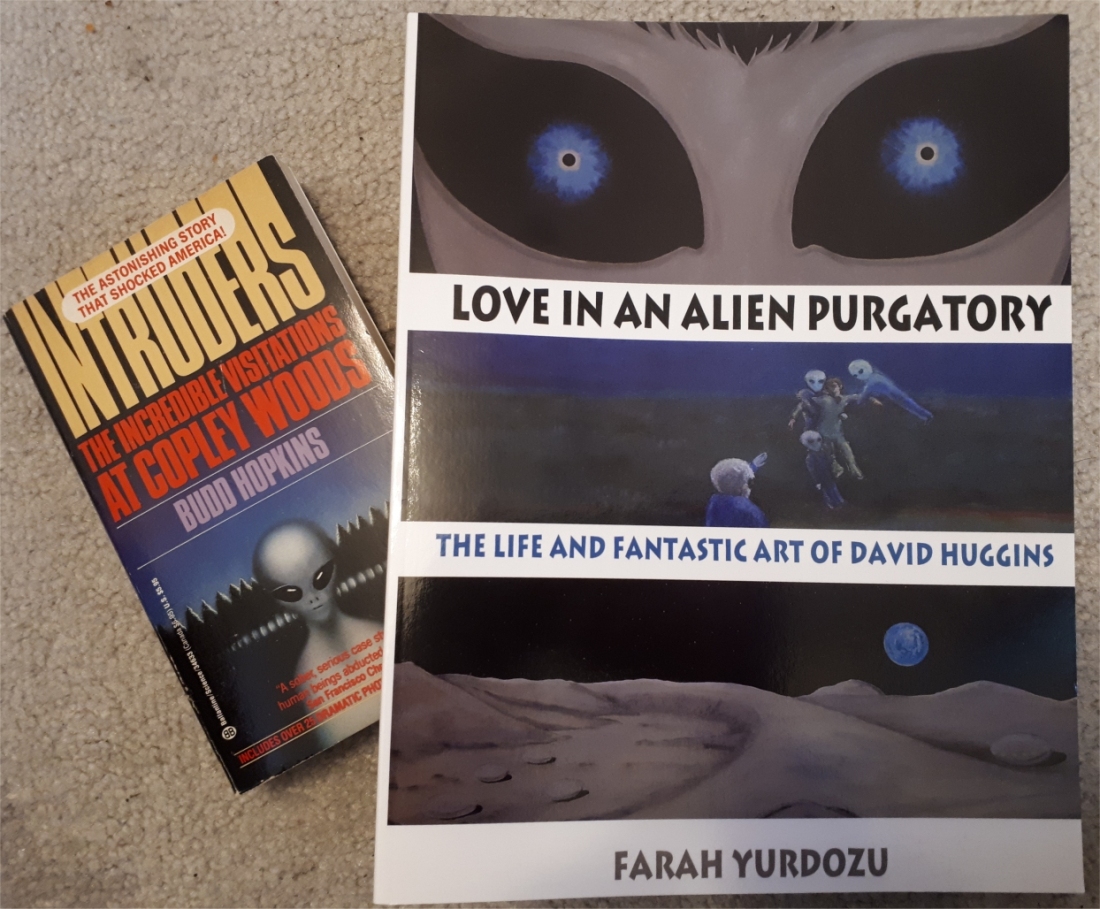 David Huggins was featured in some alien documentary that was on netflix a few years back. I remember watching it and then checking the internet to see if he had written any books. He hadn’t, but there was a book of his art available. I put it on my to-buy list, but it was expensive, and it just kind of stayed there for a few years. Last year, I started seeing mentions of Huggins popping up online. It turned out that a director named Brad Abrahams had made a movie about him called Love and Saucers. That movie and this book tell the same story.

David Huggins is an artist who claims to have lost his virginity to an alien when he was 17. He later had a lengthy love affair with this alien, and he also shagged a few others for good measure. This book is a collection of his paintings of these encounters. 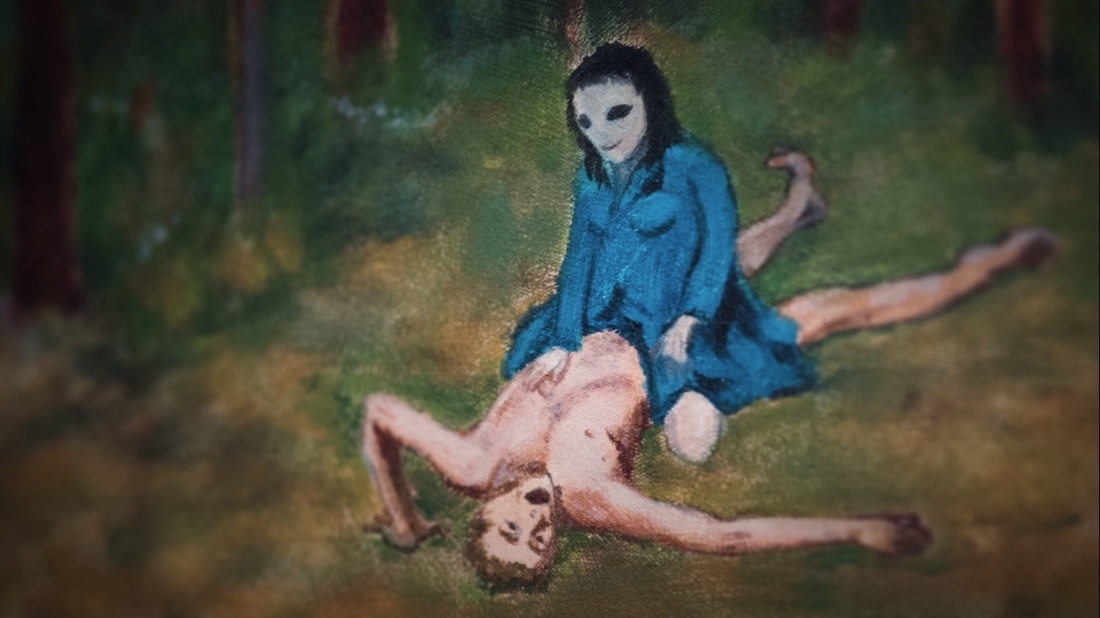 I know it doesn’t matter whether these encounters really happened or not, but there’s two things I want to address.

In the book, Farah Yurdozu claims that since 2002/2003 “David’s experiences with Cresent [the alien he shagged] have inspired an interest in science fiction and other fantastic movies, something he never paid attention to in the past.” However, in the movie, David claims to have seen The Thing when he was about 7 or 8 years old. This would have been around 1950/1951. He also watched Dr Who: The Webbed Planet, a movie about giant ants, multiple times before his memories came back in the late 80s. This Dr. Who movie was released in 1965, and at one point in the documentary he says “it has a giant ant and when I saw it I just could not stop watching it. I don’t know why but it seemed familiar to me.” Let’s just consider that for a second. For him to have seen the movie without realizing why it was familiar to him, he would have to have seen it prior to his memories returning, but his memories returned at least 15 years before he supposedly became interested in sci-fi. If he wasn’t a sci-fi fan, what the hell was he doing rewatching Dr Who movies? Also, his movie collection is nearly all VHS tapes. He collected all of those after 2003? Let’s be realistic here; the lad has clearly been a sci-fi fan for most of his life. 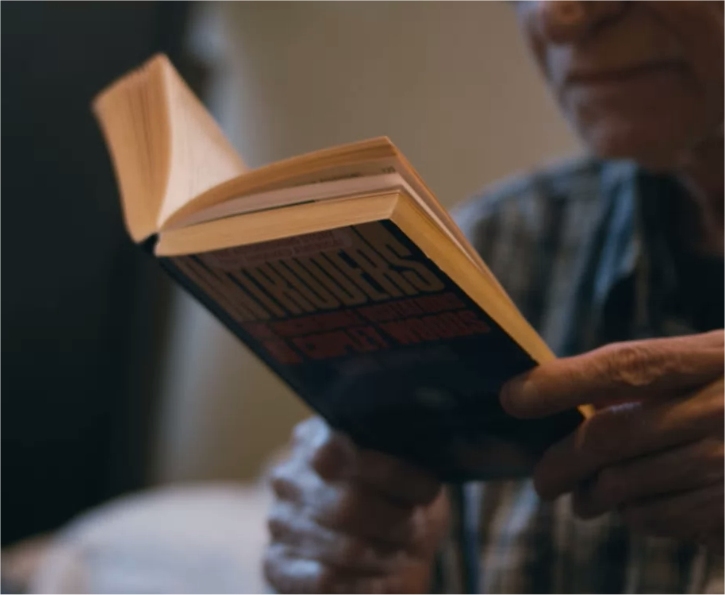 Also, the fact that David’s memories of his encounters only came back after his reading of Intruders, Bud Hopkin’s 1987 book about alien abductions, is very suspicious, especially when considering how similar his experiences were to the experiences recounted in that book. 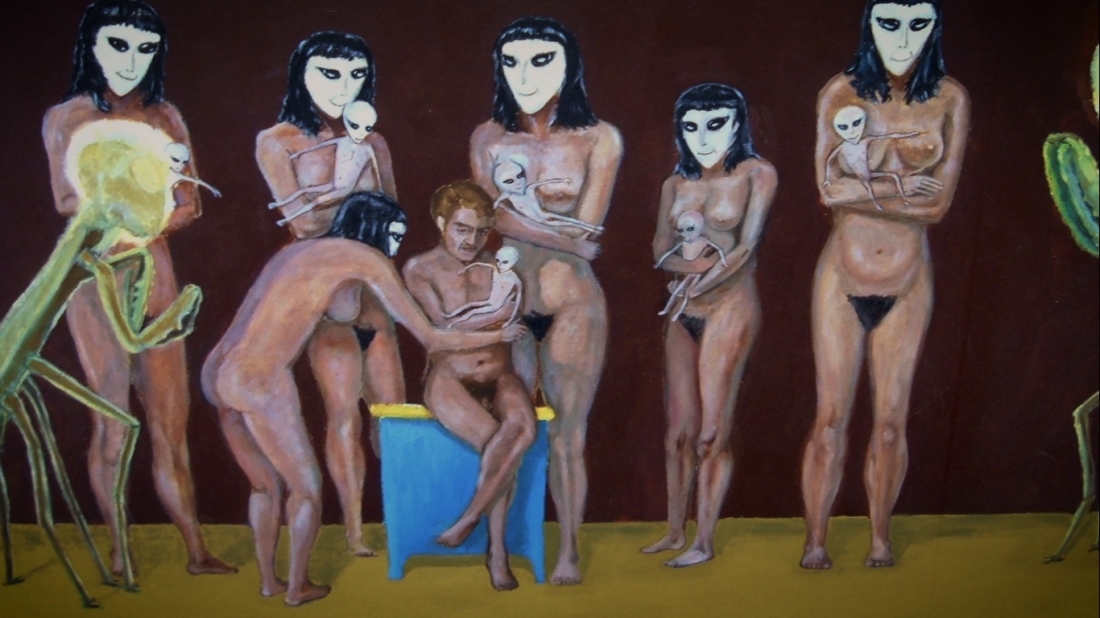 There’s a telling moment in the movie when David recalls a hitherto forgotten memory while leafing through his copy of Intruders. He says, “I just remembered something. There was a time during my teens where I seemed to float off my bed…” The interviewer responds by asking, “What made you just remember that?” David replies, “It’s what I’m reading here.”  Here is the passage:

Not only does this short passage contain a person floating out of their bed, it also contains a gray-skinned figure standing beside an abductee’s bed and the abductee having a needle shoved up their nose. Hey, check out these two pictures that David drew: 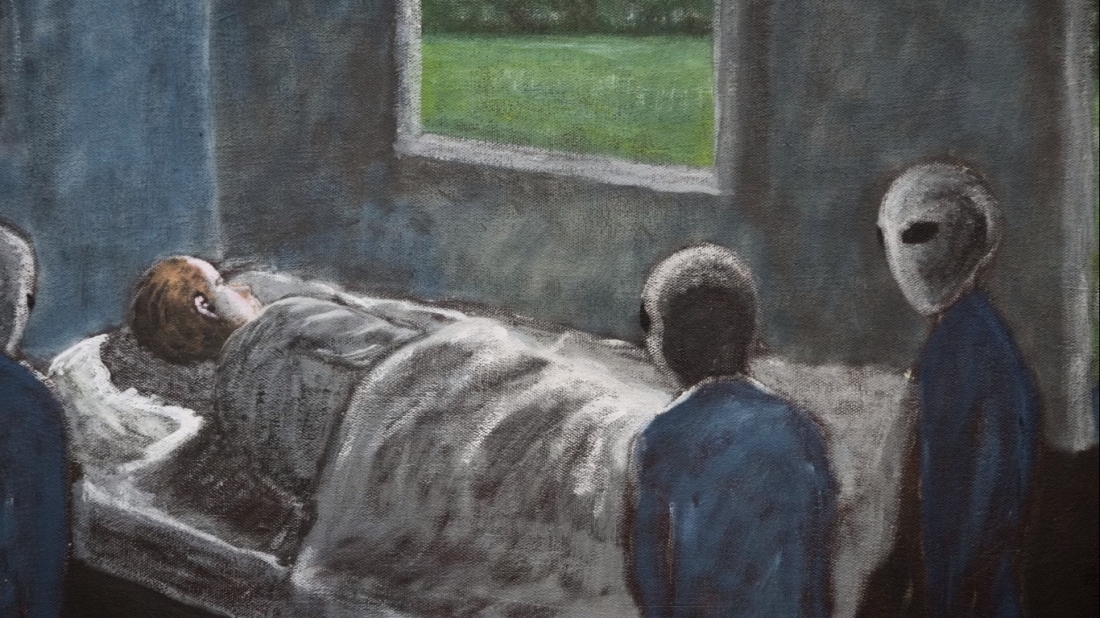 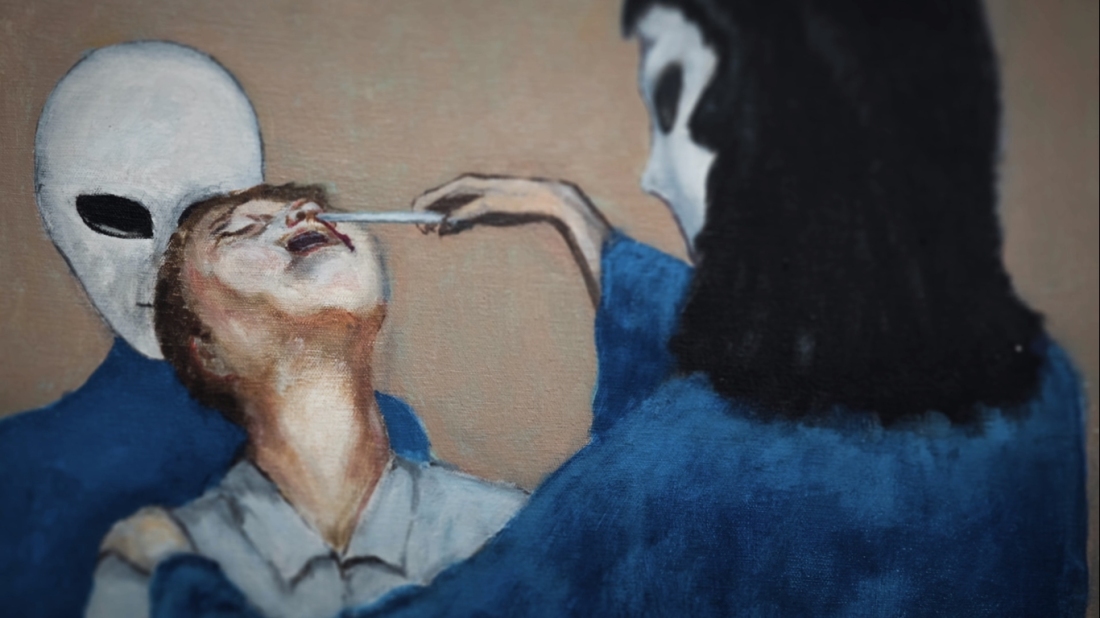 Maybe some people believe these images corroborate the accounts of other abductees, but those people are backwards-thinking imbeciles. David Huggins seems very pleasant, but he’s clearly an overly-impressionable crazy man who has watched and read too much sci-fi. Personally, I don’t care about how he came up with his ideas. His pictures are pretty cool. I wish I could buy prints of them.

Of course, that was kind of the idea behind buying Trapped in an Alien Purgatory, but unfortunately for everyone, the physical book is pretty crappy. The coolest pictures are given the least space, and the colour printing is murky and looks like it was done on an early 2000s home printer. Don’t waste your money. You’ll be better off renting the movie on youtube for a few dollars.

6 thoughts on “David Huggins – The Man who Shagged E.T.”