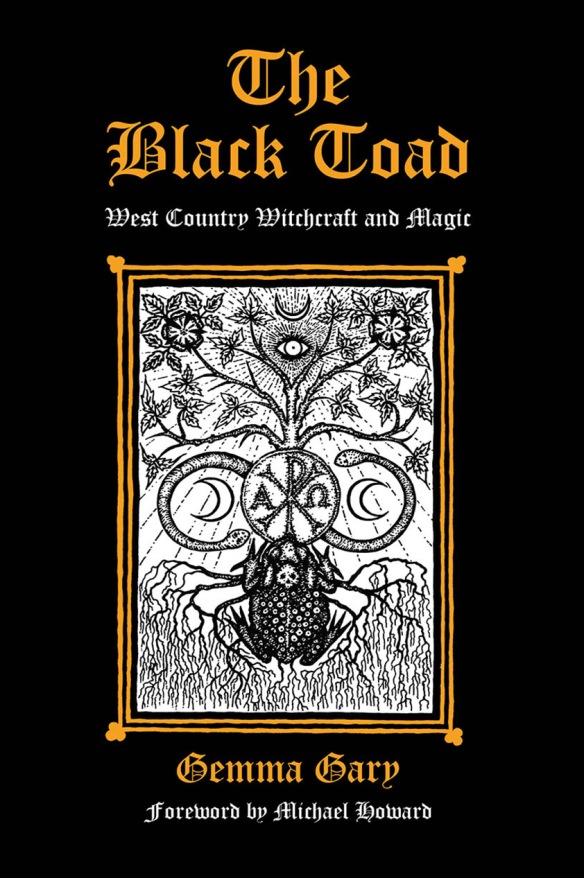 I can’t remember what sparked my interest, but I have been meaning to read this book for a few years. The Black Toad is a collection of folk magic from South West England. There’s three sections in the book – a bit about general spells, a bit about spells that use plant materials and then a bit about black (bad) magic. I started off impatient to get to the naughty part, but in light of what I’ve read recently, I found some of the first parts quite interesting too.

The book has some really cool pictures and photographs. I love a nice cup of tea myself.

It was only last week that I reviewed Dark Rites & Encounters with the Devil by Marcus T. Bottomley. I was rather critical of that book because I thought that the author had just made up a bunch of crap. Unlike the Solomonic grimoires I’ve read, very little prepatory work was discussed, and the author would instruct the magician to do certain things without any explanation as to why they were doing them. I didn’t think I’d be writing about that book so soon after reviewing it, but some of the stuff it contained was rather similar to the spells in Gary’s book.

The difference between these books is that Gemma Gary makes it very clear that she is writing about a specific type of magic. I’m not sure of the nomenclature, but I’ll just call this strain “folk magic”. Folk magic then, as far as I understand, is a mix of pagan, Christian and grimoire magic. Gary’s spells use parts of the Bible, the Sacred Book of Abramelin and loads of traditional British witchcraft. Gary also provides explanations of the spells she is describing. One thing that struck me as peculiar when I was reading Bottomley’s book was the inclusion of worn shoes in several of his spells. This seemed rather silly to me – what use is a smelly old boot going to be? Gemma Gary explains that shoes are potent in sympathetic magic because shoes literally lead us down the paths of our lives. I get it now. If you attack the thing that leads a person down their path, you can obstruct them. That makes perfect magical sense. There were a few other noticeable similarities between some of the spells in these books, and my general takeaway was that Marcus T. Bottomley’s book, although poorly written, was probably a far more sincere collection of folk magic spells than I gave it credit for. I want to take this opportunity to apologize for calling Mr. Bottomley an “awful wizard”.

I’ve probably written more about another book than the book I set out to review. Don’t worry; you can find more focused reviews of The Black Toad elsewhere online. I’m not a witch, but I found this book to be quite interesting. I have The Devil’s Dozen, another of Gemma Gary’s books, lined up to be reviewed real soon.

One thought on “The Black Toad – Gemma Gary”