I used to think that I was more interested in conspiracy theories than I really am. Investigating these theories becomes far less alluring after you’ve done it a little bit.

There’s a few reasons why I think researching conspiracy theories is a waste of time:

Peter Levenda’s Sinister Forces series is about American conspiracy theories. It covers everything you’d expect; MK Ultra, the Manson family, the UFO phenomenon and everything in between. Unfortunately, Levenda doesn’t just describe these theories; he tries to link them all together. Can you remember Umberto Eco’s book, Foucault’s Pendulum? Levenda is like a comic-book version of the characters in that novel.

This was a very boring read. Every now and then an interesting bit would pop up, but I didn’t come across a huge amount of interesting information that I wasn’t already aware of.

I found the stuff on the mind control of Candy Jones interesting, but this was largely because of the similarity of her name to the name of one of the characters in Russ Martin’s Satanic mind-control series. 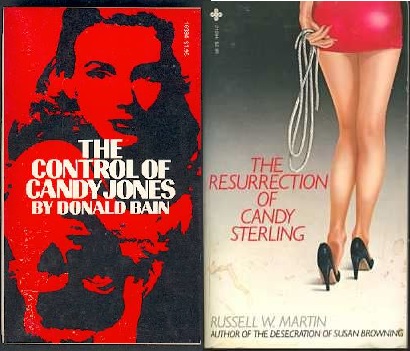 Two books about mind-controlled beauties. Is there a link?

The only part of the book that actually convinced me of anything was the discussion of government agencies’ use of disinformation. That the American government has fed its citizens deliberately obfuscating untruths is undoubtedly true. The extent and nature of these untruths is a remarkably interesting topic, but it’s also one that very few, if any,  people can discuss with certainty. There’s always another layer of deception that could be peeled away.

A lot of the stuff in this book is pretty X-Files-y, and Levenda actually references the work of Mulder and Scully a few times throughout. I love the X-Files, but that series presents itself as fiction. Levenda’s talking about real life, and his ideas are far too convoluted to be remotely convincing.

I was planning on finishing the series, but I couldn’t get more than a few pages into the second book. I’ve had a copy of Levenda’s Unholy Alliance on my shelf for a couple of years now, and I reckon it’ll be another few before I get the courage to pick it up. Levenda recently co-authored a book about aliens with the singer from Blink-182. Yuck.